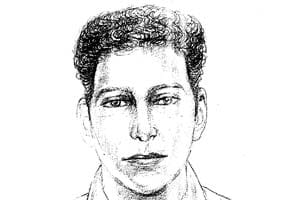 A sketch of the accused

Panaji: A court on Tuesday granted bail to Sharlet Furtado, the headmistress of the school in Vasco town, where a seven-year-old girl was raped on January 14.

The Goa Children's court granted her bail on a surety of Rs 25,000.

The headmistress was arrested on Sunday on charges of negligence on her part, which had resulted in the rape of the minor girl in the school premises.

She was booked under various sections of Goa Children's Act for negligence.

Furtado has been asked to report to the special investigation team of crime branch, which is probing the case.

Crime branch has also booked a case against school authorities for destruction of evidence after the management allegedly gave a bath to the girl, washed her clothes and cleaned the toilet where she was sexually assaulted.

The culprit in the case is yet to be nabbed.
Comments
Goa rape case