Law Student Killed By Girlfriend And Her Family, Buried In Basement: Cops

The girlfriend's family, who lived in Ghaziabad near Delhi, decided to kill the man when they found out about their relationship. 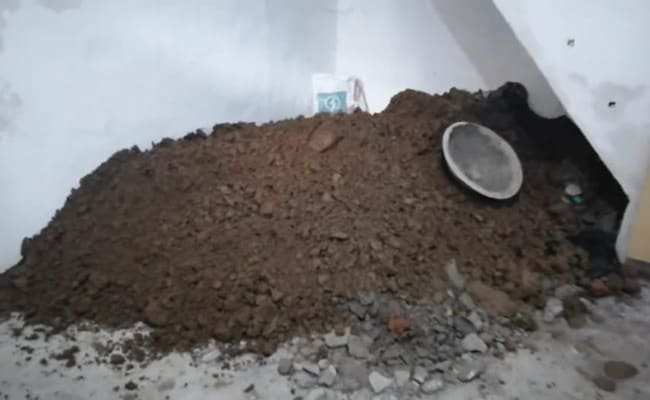 Pankaj Singh was buried in a pit in the Ghaziabad family's home.

A law student, whose body was found from a pit at the basement of a building in Ghaziabad, was allegedly killed by his girlfriend and her parents, the police said on Monday.

The victim's girlfriend, Ankita, her father Hariom alias Munna and mother Sulekha, who were on the run, were arrested from the Sahibabad railway station on Monday morning, they added.

The accused had confessed to killing Pankaj, a fourth-year law student who was reported missing since October 9, the police said.

According to Superintendent of Police (city) Maneesh Mishra, Ankita used to take tuition classes from Pankaj. The two got into a relationship and Pankaj convinced Ankita to have sex with him, the officer said.

When her parents got to know about it, they formed a plan to kill Pankaj, the officer said, adding that they also somehow managed to convince Ankita to go along with their plan.

On October 9, Ankita asked Pankaj to come over to her house, saying she was alone. As he reached her residence at the Girdhar Enclave colony located within the Sahibabad police station limits, she took him to the basement, where they had already dug a pit, the officer said.

Ankita's parents, who were hiding in a bathroom, came out and all three of them tied the hands of Pankaj, strangled him to death and buried his body in the pit.

The accused were on the run since Pankaj's body was found. Initially, the police thought the law student was killed in connection with a dispute over a cyber cafe, which Munna wanted to grab.

The accused were sent to jail, the officer said.