Alcoholic Beverages Division, State of Lowa has said that copper mugs often used for cocktails may give you food poisoning. It declares that copper and copper alloys can be poisonous when consumed. 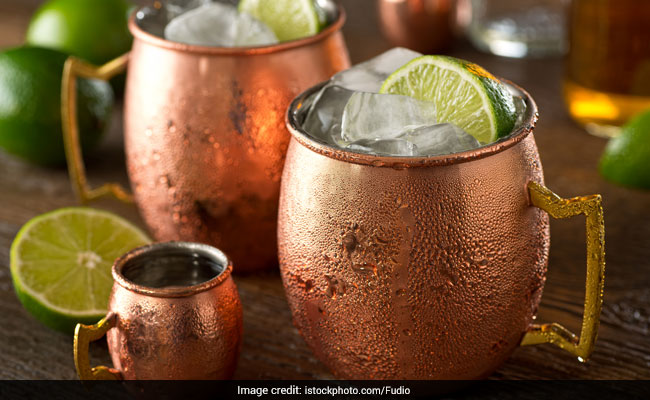 The latest trend in the world of mixology is not just creating fancy cocktails but also the way you serve them. There's a lot of drama involved with smoke and different types of glassware. You could be served a drink in anything from fish bowls to test tubes but a common favourite remains the copper mug which has probably seen a comeback. The copper mug was often used to serve the good old Whisky Sour or the Moscow Mule and is now back in fashion again.

If you like your drink in a copper mug, maybe it is time to re-think. Alcoholic Beverages Division, State of Lowa has said that copper mugs often used for cocktails may give you food poisoning. It declares that copper and copper alloys can be poisonous when consumed. According to this US State department, Copper is prohibited from coming into contact with foods that have a pH level below 6.0, for example, vinegar, fruit juice and wine.

The pH value of the Moscow Mule cocktail which is generally served in a copper mug is well below 6.0. The popular cocktail consists of vodka, ginger beer and lime juice and is often accompanied by a wedge of lime and is deemed unsafe when consumed in a copper mug. This means, copper mugs that have a copper interior may not be used with this beverage.

However, copper mugs lined on the interior with another metal, say nickel or stainless steel should be used as much possible.

The statement mentions, "High concentrations of copper are poisonous and have caused foodborne illness. When copper and copper alloy surfaces contact acidic foods, copper may be leached into the food. Carbon dioxide may be released into a water supply because of an ineffective or non-existent backflow prevention device between a carbonator and copper plumbing components. The acid that results from mixing water and carbon dioxide leaches copper from the plumbing components and the leachate is then transferred to beverages, causing copper poisoning."

According to the report, symptoms of copper poisoning include vomiting, stomach pains, confusion, drowsiness and fainting fits. Copper toxicity, sometimes is referred to as hypercupremia or copperiedus, can also occur from eating acidic foods that have been cooked in uncoated copper cookware.