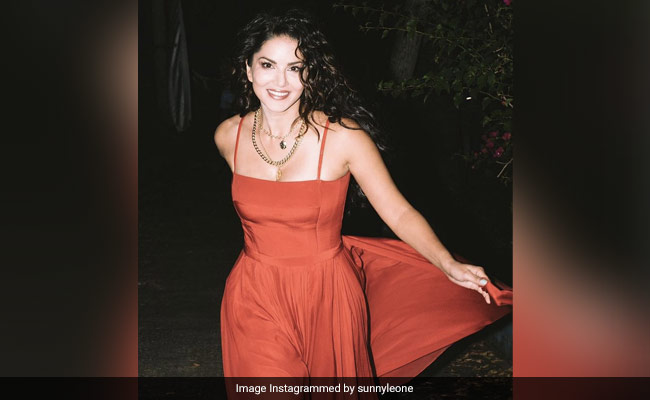 On International Women's Day, Sunny Leone took the Internet by storm by sharing her journey from being "boycotted at award shows" in Bollywood and receiving "judgemental and sexiest comments" to "living her dream life" and becoming a "self-made woman." The actress, who has featured in films like Jism 2, Hate Story 2, Ragini MMS 2, Kuch Kuch Locha Hai and Ek Paheli Leela, is known for her dance number Baby Doll. Apart from being an actress, she also runs her own make-up line. In an Instagram post on Monday, Sunny Leone summed up her "unfiltered" journey in the entertainment industry and revealed that she received "hate emails at 21" and "judgemental and sexiest comments," for her work. She was also "criticised for her dance moves" and got "no offer and support from film fraternity."

In her video, Sunny Leone shared that she was also "boycotted at award shows" but she is happy today as she's "living her dream life, gave the biggest blockbuster hits of all time - Baby Doll, have the most beautiful family" and is a "successful businesswoman" who has "started her own makeup line." At the end of the clip, the actress says she is "proud of who" she is because she is a "self-made woman."

Sunny Leone's post got a whole lot of love and appreciation on the Internet. Check it out here:

Sunny Leone's journey in showbiz and her personal life was also shown in a web-series titled Karenjit Kaur - The Untold Story Of Sunny Leone, where a few segments were about how the actress was bullied as a kid.

Sunny Leone entered into the Indian entertainment industry in 20122, when she participated in the fifth season of reality show Bigg Boss. Since then, she has featured in a number of films and has hosted TV reality show Splitsvilla.

On Ayushmann Khurrana's Birthday, A Look At His 10 Best Films