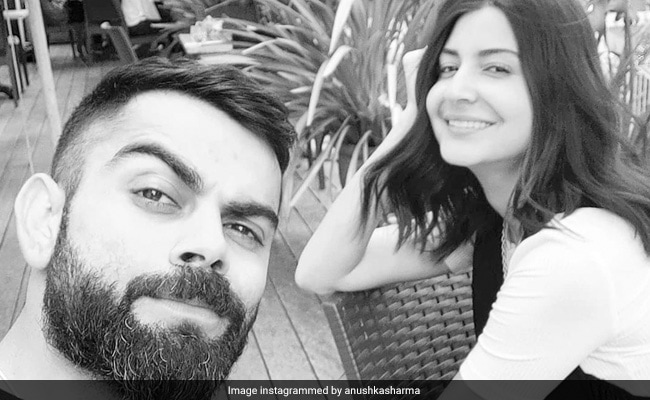 Saying goodbye can be a pretty hard task, especially when one has to say it to their loved ones. The reason we brought this up today is because on Monday, Anushka Sharma shared a post on her Instagram profile, which reflects how hard it was for her to say goodbye to her husband and cricketer Virat Kohli, who is currently busy with the preparations of India vs New Zealand's test series. "You'd think good byes get easier with time. But they never do," Anushka captioned the post. The grey scale picture, featuring the star couple has our heart.

You'd think good byes get easier with time. But they never do ...

Anushka Sharma and Virat Kohli, who got married in Italy in 2017, frequently make appearances on each other's Instagram profiles and we simply love it when that happens. On Valentine's Day this year, Virat shared a lovely picture on Instagram.

Anushka and Virat began their year in Switzerland. The couple shared a video, in which they could be seen posing in front of a snow-capped mountain. "Hey guys, we are at this beautiful glacier and we thought we should record early New Year's wishes for you all," Virat said in the video.

Happy new year from us to each and every one of you. God bless you all.