The video is a couple of days old, when Samantha Ruth Prabhu visited the Tirumala temple in Andhra Pradesh 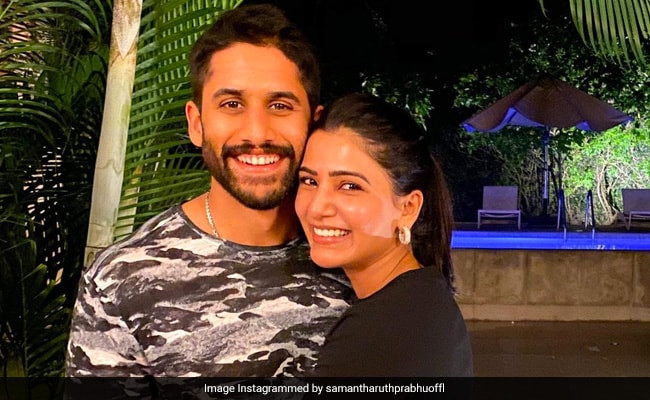 Actress Samantha Ruth Prabhu had the best reply when a reporter asked her to speak about rumours of her separation with husband and actor Naga Chaitanya. The actress, who occupied a spot on the list of trends on Monday because of her befitting reply, visited the Tirumala temple in Andhra Pradesh a couple of days ago. When she was walking in the temple premises, surrounded by security guards, a reporter asked the actress to comment on rumours of her divorce from Naga Chaitanya. She snapped at him and said: "Gudiki vachanu, buddhi unda?" which roughly translates to "I have come to a temple; don't you have any sense?"

The video is going crazy viral on social media. Check it out here:

Sam really proud of you!! Some people don't understand what to ask when .. Just loved that reply of yours !@Samanthaprabhu2
.
.#SamanthaAkkineni#SamanthaRuthPrabhu#Samanthapic.twitter.com/5RUO5bbhbz

Recently, the teaser of Naga Chaitanya's Love Story released on social media. Wishing good luck to the team, Samantha re-tweeted Naga Chaitanya's tweet and wrote: "Winner! All the very best to the team." Replying to Samantha's tweet, the actor thanked her: "Thanks Sam!"

See the Twitter exchange between Samantha and Naga Chaitanya here:

She was last seen in Prime Video's web-series The Family Man 2, headlines by Manoj Bajpayee.

"A Body Exhausted, In Pain And Hurting": Vijay Deverakonda Shares The Reality Behind These Pics