"We Are Waiting For Shehnaaz Gill To Heal," Says Producer Of Her Next Film Honsla Rakh

Shehnaaz Gill, who is mourning after Sidharth Shukla's death, is yet to resume her work duties 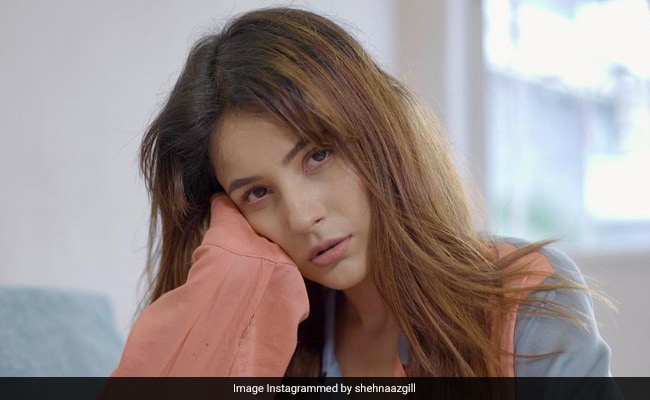 After the sudden death of actor Sidharth Shukla, his close friend Shehnaaz Gill hasn't made any public appearances and has stayed away from the media glare. At Sidharth Shukla's funeral earlier this month, Shehnaaz Gill was inconsolable and was being escorted by her brother Shehbaz. Shehnaaz Gill, who is in mourning after Sidharth Shukla's death, is yet to resume her work duties. In an interview with ETimes, Daljit Thind, one of the producers of Shehnaaz Gill's upcoming movie Honsla Rakh revealed that she is yet to return to work and that the makers are waiting for her to recover emotionally: "We are waiting for her to recover and heal from the grave loss." Shehnaaz Gill will co-star with Punjabi star Diljit Dosanjh in the movie, which he will also produce.

Sharing an update, Daljit Thind said he is looking forward to hearing from Shehnaaz Gill soon: "We had originally planned to shoot the song on September 15 in London, but that couldn't happen because of obvious reasons. We will finalise a new date soon and would want Shehnaaz to be a part of it, too, as she is an integral part of the film. I am in touch with her manager and hoping that she will contact us in a few days." At Sidharth Shukla's funeral earlier this month, Shehnaaz Gill was inconsolable and was being escorted by her brother Shehbaz.

Shehnaaz Gill and Sidharth Shukla fell in love during their stay in the Bigg Boss 13 house - he was the winner of the show. However, the couple never put a name to their relationship but their real-life camaraderie said it all. On Bigg Boss 13, Shehnaaz Gill had professed her love for Sidharth Shukla, while in the next season of the show, Sidharth had said he has a girlfriend back home. SidNaaz, as Sidharth Shukla and Shehnaaz Gill were popularly known to fans, had released a docu-film on their Bigg Boss experience titled Silsila SidNaaz Ka. They also appeared on the reality shows Bigg Boss OTT and Dance Deewane 3 together.

In terms of work, Shehnaaz Gill is a Punjabi star, who has worked in films such as Kala Shah Kala, Daaka and Sat Shri Akaal England.