A trip to Shwetambari Soni's Instagram reveals that she's tagged in posts from last year, in photos which appear to be from her wedding festivities 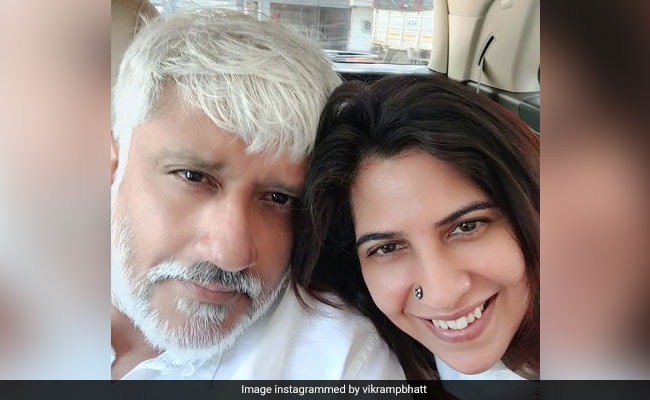 Did you know filmmaker Vikram Bhatt got married to art pundit Shwetambari Soni last year? Mahesh Bhatt, who mentored Vikram Bhatt in the early days of his career, revealed the news to ETimes and said the wedding happened during the lockdown in 2020. "Vikram Bhatt got married last September during the peak of the lockdown. He called me and said, 'Boss I am getting married and since there is a restriction on the number of people who can be invited for the marriage ceremony and also keeping your health concerns in mind in these COVID times, I will not burden you and ask you to come. But we are going to keep this under the wraps'," ETimes quoted Mahesh Bhatt as saying.

Mahesh Bhatt revealed that in his conversation with Vikram Bhatt, he had predicted that the wedding news won't be kept under wraps for too long: "I said, 'Vikram you are like a cat, drinking milk with his eyes closed, thinking nobody is watching. This is the age of invasive media, be sure your marriage won't stay hidden for long'."

A trip to Shwetambari Soni's Instagram reveals that she's tagged in posts from last year, in photos which appear to be from her wedding festivities. Shwetambari is the sister of make-up artist Namrata Soni, who shared snippets of the wedding day in a post from last year and wrote: "Nothing would ever do justice in describing just how beautiful my sister looked that day." Sharing a glimpse of Shwetambari Soni's mehendi festivities, Namrata had written: "It was indeed special to dress you up, and even harder to take my eyes off."

Vikram Bhatt is best known for exploring the horror and thriller genre, directing films such as Ghulam, Raaz, 1920, Kasoor, Aetbaar and 1921.