Vidya Balan: 'Tomorrow We Might Do A Rs 200 Crore Or Rs 500 Crore Film Without An Akshay Kumar'

"For Mission Mangal, off course we can't take credit solely. There was Akshay Kumar who was a huge star and it helped us immensely," said Vidya 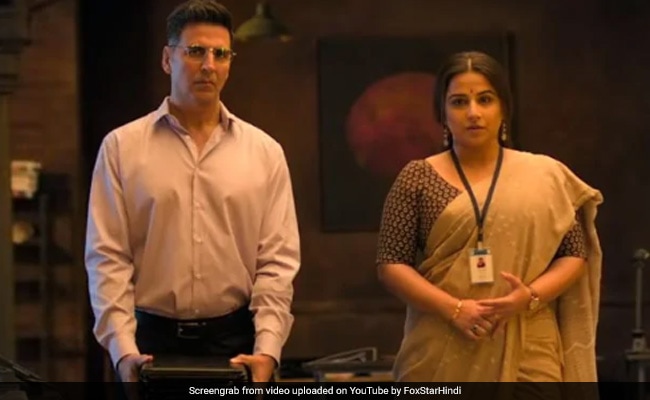 Vidya Balan, in a recent interview with Bollywood Hungama, expressed her views about female-centric films in an industry dominated by men and said that one day a female-centric film "might do a Rs 200 crores or Rs 500 crores" without a prominent actor such as Akshay Kumar. Vidya co-starred with Akshay Kumar in the 2018 film Mission Mangal, which is dominated with female stars. However, the film's success is often credited to Akshay Kumar. Talking about the role of women in commercial cinema, Vidya told the publication: "When I was doing No One Killed Jessica, people thought that it is a small role. But it did very well. That was the phase when the game was changing. But back then there were very few films of that kind. But today more female-centric films are being made and we are doing better business."

"For Mission Mangal, off course we can't take credit solely. There was Akshay Kumar who was a huge star and it helped us immensely. It was headlined by him. But today we might still need that and I am saying that in a few years even that might change. Tomorrow we might do a Rs 200 crores or Rs 500 crores without an Akshay Kumar, hopefully," she added.

Vidya has worked in several female-dominated films such as Kahaani, Tumhari Sullu, The Dirty Picture, Begum Jaan and Parineeta.

The actress, who has been the flag bearer of female-centric films in the industry, also expressed her wish to have "bigger film opening" than the male superstars, reported news agency IANS. "I want bigger openings than them (the male superstars). I am greedy," Vidya Balan was quoted as saying by IANS.

On the work front, Vidya Balan was last seen in Mission Mangal. Her next release is Shakuntala.