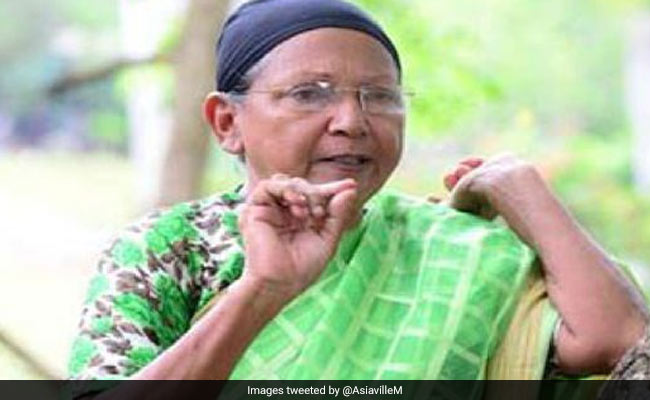 Veteran actress Jameela Malik, known for her critically acclaimed roles in a handful of movies in Malayalam, Tamil and Telugu, besides television serials, died at her house in Thiruvananthapuram in the wee hours of Tuesday, reported news agency PTI. She was 73 and was suffering from age related ailments for quite some time, family sources said. Jameela Malik, who had shared screen space with doyens like Prem Nazir and Adoor Bhasi during the 1970-80 period, was the first Keralite woman to graduate from the prestigious Film and Television Institute of India (FTII) in Pune.

Beginning her tinsel town saga through the N N Pisharody-directed Malayalam movie Ragging (1973), she played notable roles in around 50 films, including Pandavapuram, Adyathe Katha, Rajahamsam and Lahari. Jameela Malik was also active in television serials, especially in Doordarshan during the 1990s. She had to don the cap of a hostel matron and Hindi school teacher in real life as chances in movies dwindled.

She also tried her hand in writing novels and radio plays. A divorcee, Jameela Malik is survived by her son Ansar Malik, the sources said, as reported by PTI.

(Except for the headline, this story has not been edited by NDTV staff and is published from a syndicated feed.)
Comments
jameela malikThiruvananthapuram