"I have a house to run for which I'm ready to accept any role," he wrote on Instagram. 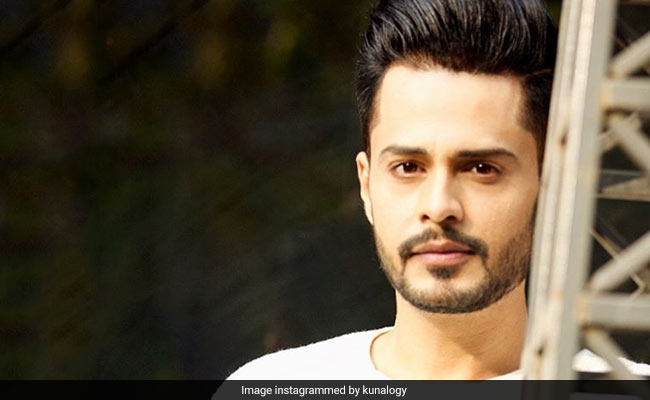 Actor Shardool Kunal Pandit, who has featured in shows such as Bandini, Kuldeepak and Siddhi Vinayak, told Times of India in an interview that he has returned to his hometown Indore, unable to make ends meet in Mumbai. In addition, on Thursday, the actor put up an Instagram post requesting casting directors to consider him for acting projects or anchoring shows. "I'm not connected to the biggest agencies or managers... This is my last shot to reach everyone, who probably has work where I fit in with my skill set... I have a house to run for which I'm ready to accept any role," he wrote.

He also added in the caption: "I could have succumbed to pressure but I was lucky had friends who held me when I could have tripped. Please don't give up. Go home if everything fails."

Hi this is as heartfelt as I can be , there might be jokes or discussions but this is my profile and there is nothing wrong in asking for work. So if you are reading this '' I am looking for work, and I shall be grateful if anything can materialise '' I could have succumbed to pressure and ended up as RIP but I was lucky had frnds like @ankzbhargava @karan9198 @preetiphalke @vinayakdubey @ruchita02 @4umehra who held me when I could have tripped. Please don't give up. Go home if everything fails #mentalhealthmatters #hanginthere #staystrong

Speaking to TOI, Shardool said, "I was offered a web-series before the lockdown but I have no clue what's happening on that front. I was already facing a financial crunch and my savings too dried up during these three months. I don't want to leave but I have no option left," he told Times of India.

"Whether I am working or not, I have to pay the rent and meet other expenses. Even if I bag a project tomorrow, the payment will start rolling only after three months as per the industry norm. The waiting period for a TV artiste is back-breaking, as your expenses don't stop," Shardool added.

Shardool Kunal Pandit, who is battling depression, told TOI that in 2012 he quit acting for a job in UAE but returned to Mumbai after some time. "I bagged Kuldeepak and also hosted a cricket show (Box Cricket League). However, the show shut down abruptly and my payment got stuck. I was also in talks for some projects, which didn't materialise."

"I slipped into depression following a string of rejections, failures and friends alienating me. I consulted a therapist in last November and surrounded myself with friends like Karan Patel and Ankita Bhargava, who stood by me... However, I am still not out of it. I am still seeking help and maybe, being home with my parents would help me fight it," he said.

He was last seen in 2018 show Siddhi Vinayak.