"To The Most Handsome Man In The World": Kareena Kapoor's Anniversary Wish For Saif Ali Khan 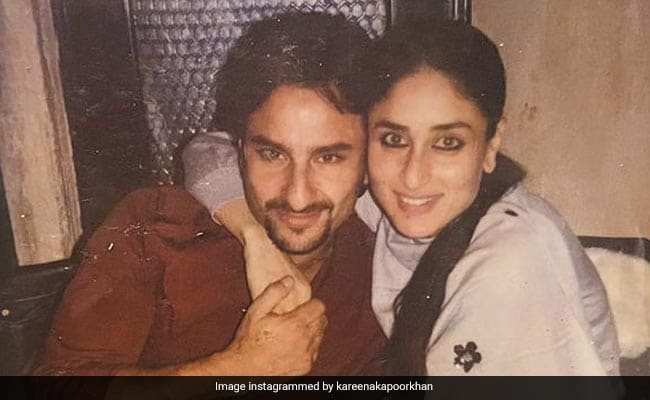 On their 9th wedding anniversary, Kareena Kapoor  picked a throwback from Greece to wish husband Saif Ali Khan on Saturday. In her note, the actress described Saif Ali Khan as the "most handsome man in the world" and she added, "Once upon a time in Greece... There was a bowl of soup and US and it changed my life... Happy anniversary to the most handsome man in the world." The actress added a heart emoji. Kareena Kapoor and Saif Ali Khan, co-stars of films like Omkara, Agent Vinod and Kurbaan, fell in love during the shooting of the film Tashan. They got married in 2012 after dating for a few years.

Kareena Kapoor and Saif Ali Khan welcomed son Jeh on February 21. "We have been blessed with a baby boy. Mom and baby are safe and healthy. Thank you to our well-wishers for their love and support," Saif said in a statement. Kareena and Saif Ali Khan married in 2012 after dating for some years. They announced their second pregnancy last August. They are also parents to Taimur, 4.

Saif Ali Khan has a super busy schedule. Saif's line-up of films includes Hunter, Adipurush and Bunty Aur Babli 2. This year, the actor featured in Tandav and much recently in Bhoot Police with Arjun Kapoor, Yami Gautam and Jacqueline Fernandez.