To Birthday Boy Kunal Kemmu, With Love From Kareena Kapoor And Family 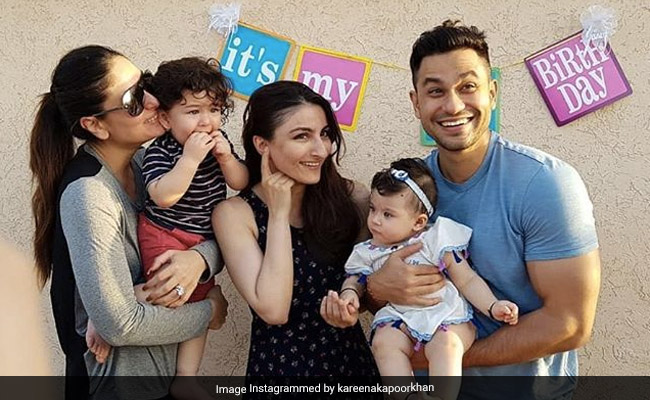 Kareena Kapoor, who couldn't attend brother-in-law Kunal Kemmu's birthday celebrations due to the coronavirus lockdown, made up for it by sending him good wishes in the form of a social media post. On Monday, Kareena posted a throwback picture of herself with brother-in-law Kunal, sister-in-law Soha Ali Khan, son Taimur and niece Inaaya. Kareena added an equally cute caption to the post and she wrote: "Happy Birthday brother-in-law... We love you." Take a look at Kareena Kapoor's post here:

Kareena frequently makes appearances on Kunal's Instagram profile. Earlier, the Malang actor posted a picture with Kareena and captioned it: "K and KKK... That's too many Ks in one frame."

KK AND KKK..That's too many K's in one frame @kareenakapoorkhan

When Kareena Kapoor made her Instagram debut in March this year, Kunal welcomed her with a special post and wrote: "Instagram just got cooler... Welcome Kareena Kapoor Khan."