Time To Dance Trailer: Isabelle Kaif And Sooraj Pancholi "Risk It All" 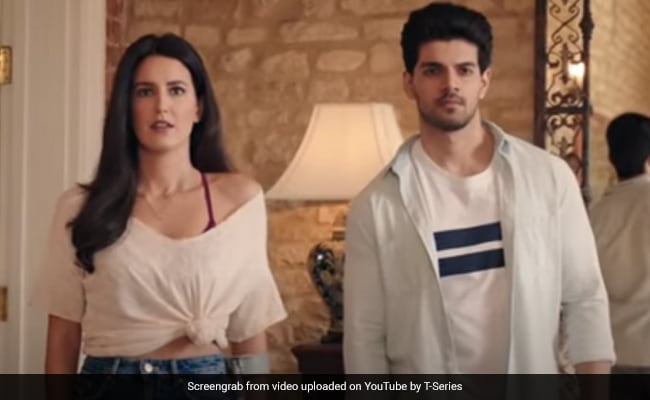 The trailer of Time To Dance, starring Isabelle Kaif and Sooraj Pancholi, is here. Time To Dance marks the Bollywood debut of Katrina Kaif's sister Isabelle while it is Sooraj Pancholi's first film after 2019 movie Satellite Shankar. As the name suggests, Time To Dance is about a dancing competition and how the lives of the protagonists unfold around that. The trailer begins by introducing Isabelle Kaif as an award-winning dancer, whose lover William is her partner in life and in dance floor. However, Isabelle encounters an unfortunate incident on the dance floor and appears to injure herself.

William leaves Isabelle's side and moves on with a new partner to win the much anticipated dance competition. Without a partner, leaving the competition and letting go of her dreams is the only option Isabelle has. Enters Sooraj Pancholi, who decides to train in dancing just so he can help Isabelle gain her position back in the competition. It's a one-time shot and if they lose, they lose everything. Like the trailer says, Isabelle and Sooraj Pancholi "risk it all". However, once Isabelle and Sooraj start training, they only set the dance floor on fire.

Produced by T-Films UK Ltd Production and Lizelle D'Souza, Time To Dance is directed by Stanley Menino D'Costa. Isabelle Kaif and Sooraj Pancholi's Time To Dancefilm will release in theatres on March 12.