"The commercial was produced by a dear friend of ours, a childhood friend of Ashutosh, the incredibly sweet, late Raj Kaushal," read the caption 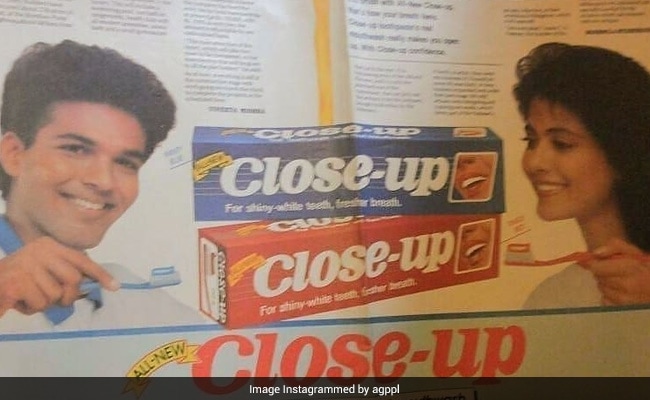 The official Instagram handle of Ashutosh Gowariker Productions shared throwback gold that features the now-filmmaker in an old Close-Up toothpaste advertisement. The post comprises a print ad that features Ashutosh Gowariker as a model, and a video commercial, starring Anupam Kher. The video commercial was produced by late filmmaker Raj Kaushal, who died due to cardiac arrest earlier this month. The extensive caption on the post read: "Shooting an ad campaign for Close-Up was nothing short of a nostalgic trip down the memory lane for Ashutosh Gowariker. You see, the Close-Up and Ashutosh Gowariker connection is over three decades old. From acting in a few Close-Up commercials during his initial days as a model and actor way back in 1984 to now directing an ad film for them - life came a full circle."

An excerpt from the caption read: "While the targeted demographic for the previous Close-Up ads were primarily the nation's youth, this ad campaign aimed to bring the older generation into its fold. The ad had a very wholesome, familial feel to it. Anupam Kher as the adorable chachu, is trying the Close-Up Lemon Mint Gel for the first time. Something that most households in India can relate to. The commercial was produced by a dear friend of ours, a childhood friend of Ashutosh, the incredibly sweet, late Raj Kaushal."

Ashutosh Gowariker is best-known for directing films such as Lagaan, Swades, Baazi, Mohenjo Daro and Khelein Hum Jee Jaan Sey among others. The 2020 period drama Panipat, starring Arjun Kapoor, Kriti Sanon and Sanjay Dutt was his last directorial project. Before stepping into direction, he also featured as an actor in the 1989 TV show Circus, which also starred Shah Rukh Khan.