Hey, Anushka Sharma! Thank you for this super cute picture 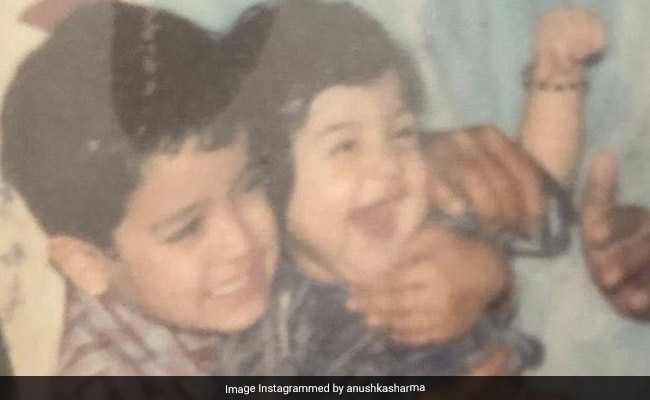 We can't get enough of Anushka Sharma's latest Instagram post. Why, you ask? Well, the actress shared an adorable photograph of herself from her childhood days on Tuesday afternoon. In the picture, little Anushka can be seen smiling as she sits pretty in her brother Karnesh's lap and she looks cute as a button. The actress added a heart emoji to her post. Isha Koppikar and Mouni Roy dropped heart emojis in the comments section, just like actress' Instafam. Comments like "adorable" and "so cute" kept popping up in the comments section.

On her 32nd birthday this year, Anushka's brother Karnesh shared a picture collage, which featured some of the cutest pictures of the brother-sister duo from their childhood days as well as relatively recent ones. Karnesh accompanied the post with an equally adorable caption and wrote: "Happy, happy Birthday. Keep the kid in you alive always."

On the work front, Anushka Sharma recently produced the Amazon Prime web-series Paatal Lok along with her brother Karnesh Sharma. Reacting to the show's success, Anushka released a statement, an excerpt from which read, "I'm overwhelmed with the love and adulation that audiences and critics have showered on our labour of love Paatal Lok. The success of Paatal Lok is because of its content. In today's day and age, superlative content is truly the most important yardstick and Karnesh and I, at Clean Slate Films, have always looked to give audiences something that they might have never seen before."