Ek Tukda Dhoop portrays the feelings of lead actor Taapsee Pannu, who plays homemaker and decides to split with her husband. 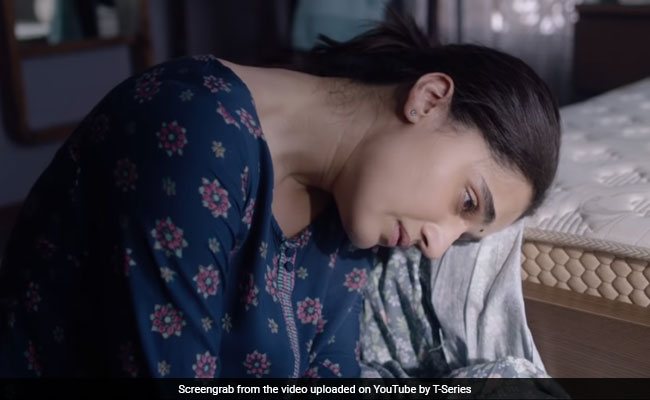 A still from the song Ek Tukda Dhoop (courtesy: YouTube)

The makers of Thappad dropped the film's first song Ek Tukda Dhoop, which was also in the background score of the trailer in bits, on Wednesday. Thappad is based on a life-turning incident of a strong-willed homemaker played by Taapsee Pannu, whose life changes after an insulting incident involving her husband at a party. The song Ek Tukda Dhoop is a very emotional track, which portrays the feelings of Taapsee Pannu, who decides to split with her husband, played by Pavail Gulati. The song Ek Tukda Dhoop shows the humiliating incident that the lead role goes through and the struggles she has as she files a legal case against her husband. It also gives us glimpses of their happy-married life before the incident.

While sharing the song on Instagram, Taapsee Pannu revealed, "This is the song I used to set my mood before performing most of the critical scenes of the film," as she shared the news of song release on her Instagram. She also wrote, "It really took my heart away."

This is the song I used to set my mood before performing most of the critical scenes of the film... it really took my heart away... #EkTukdaDhoop #Thappad @anuraag_psychaea @raghavchaitanya @shakeel.azmi.71

Pavail Gulati shared the same post on Instagram saying, "Sometimes relationships break without a noise, but hurt the most."

Thappad is directed by Anubhav Sinha. It marks Taapsee Pannu's second collaboration with the same director after Mulk. The film also features Ratna Pathak Shah, Dia Mirza, Ram Kapoor and Tanvi Azmi and among others stars. Thappad is scheduled to release on February 28.