Tere Bina Song: Salman Khan And Jacqueline Fernandez's Romance Is What Dreams Are Made Of

Tere Bina: "Amidst the lockdown blues comes a fresh romantic track of the season," wrote Salman 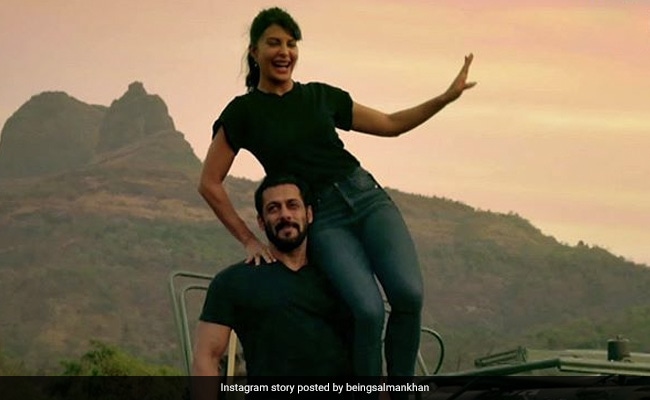 Hey, folks! The wait is over. Salman Khan released his new single Tere Bina on social media on Tuesday afternoon and it is trending already. The song, which has been sung and directed by Salman, also features Jacqueline Fernandez, who is currently staying at the actor's Panvel farmhouse (which is also where the song has been shot). Salman and Jacqueline are seen spending quality time together throughout the course of the video. The duo is seen enjoying bike rides, painting sessions, riding horses, going on a romantic date and what not. Salman can't help but fall in love with Jacqueline, only to discover that he had just been dreaming of her all the way. Salman wakes up to a world without Jacqueline, which is as real as it gets.

The song has been sung by Salman Khan. It has been composed by Ajay Bhatia and the lyrics are by Shabbir Ahmed. The description on the YouTube video read: "Amidst the lockdown blues comes a fresh romantic track of the season in the form of, Tere Bina. Listen to my new romantic track, featuring Jacqueline Fernandez."

Salman Khan and Jacqueline Fernandez are co-stars of films like Kick, Race 3 and will reportedly share screen space in Kick 2. Jacqueline was also a part of Salman's Dabangg Reloaded Tour.