Taapsee Pannu said, "I am in no rush to earn all the money in one go. I will never make a film suffer because of my price." 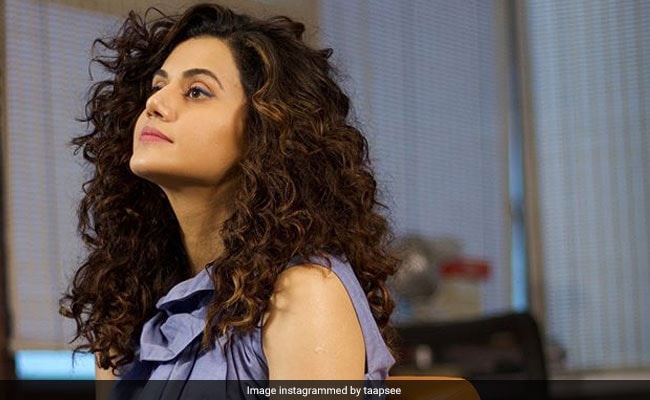 Actress Taapsee Pannu, who has been on a hit making spree for quite some time now, told mid-day in an interview that though her renumeration has 'skyrocketed in the last two years,' it is still nowhere near what her male counterparts get. With films like Mulk, Manmarziyaan and Badla, Taapsee Pannu has upped her game in Bollywood. She told also mid-day that fees-wise she is 'not in a rush to earn all the money in one go' and she 'won't let a film suffer because of her price.' Taapsee was quoted as saying, "In the last two years, my remuneration has skyrocketed, although the figure is still far off from (what) my male counterparts (earn). Producers have been happy to accommodate the price I quote. But I am in no rush to earn all the money in one go. I will never make a film suffer because of my price."

"I have waited for a long time, been at the mercy of people who would decide if I can do a project. Today, I have the power to make films happen," she added. Taapsee Pannu was last seen in Mission Mangal, in which she was a part of an ensemble cast headlined by Akshay Kumar.

Her upcoming film Saand Ki Aankh is a two-heroine film, which is based on the lives of sharpshooters Chandro and Prakashi Tomar. Speaking of co-starring with Bhumi Pednekar in the movie, Taapsee said, "We had the uphill task of making people believe that projects led by women can be commercially successful. Bhumi and I knew that we are on the same team. I have always happily co-existed with most of my colleagues, so bickering was never on the radar."