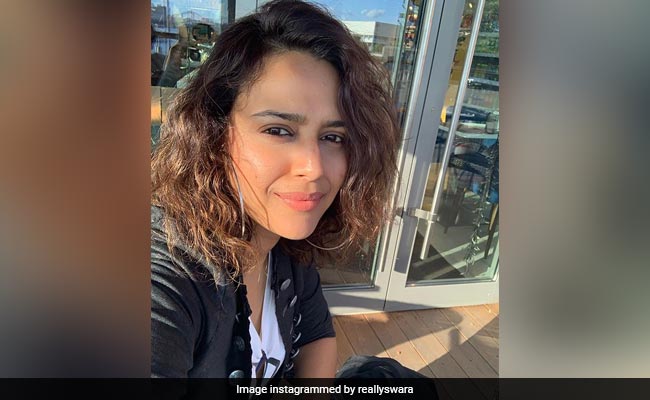 Raaj Shaandilyaa responded to Swara within hours, with an apology of sorts in a tweet, which roughly translates as: "If you found any of my comments inappropriate, my wholehearted apology but I have a request to make. You should also think before you speak anything about anyone, whether it's about the country, the people or a particular person. And as far as I am concerned, I will definitely offer you a role next time as I have no objections to you being an actor."

Swara Bhasker, who often trends for her tweets and her burning responses to trolls, acknowledges her eventful social media life in this typically honest and hilarious tweet, which is pinned at the top of her Twitter wall:

Basically, if I'm not involved in a #twittercontroversy once a week, assume I'm dead!!! #realisation

Swara Bhasker, known for her work in films like Anaarkali Of Aarah, Nil Battey Sannata, Veere Di Wedding and the Tanu Weds Manu series, will next be seen in the upcoming Sheer Qorma.