Sridevi Was The Best Mimic In The World: Karan Johar

"Sridevi could just mimic anything and anything at all, and it was all due to observation," said Karan Johar 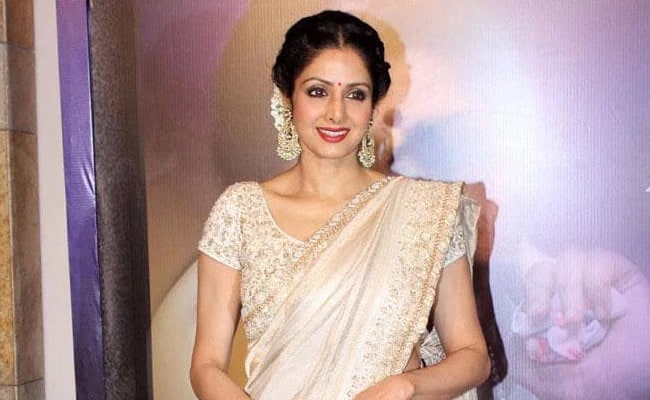 A file photo of Sridevi in Mumbai

Karan Johar, who attended the launch of author Satyarth Nayak's book Sridevi: The External Screen Goddess in Mumbai on Sunday, hailed Sridevi as an artiste, describing her as "incredible". Speaking at the book launch event, the 47-year-old filmmaker said: "Sridevi was an actor by observation. She was incredible. She had that potentiality of observing and absorbing the body languages of others. She was the best mimic in the world. She could just mimic anything and anything at all, and it was all due to observation. She was the only actor of the eighties and the nineties who upped her craft through observation. She absorbed the syntax of cinema of the time," IANS reported.

Sridevi, who took a sabbatical from films in the late Nineties, made a comeback with 2012 film English Vinglish, which opened to much critical acclaim. Talking about the legendary actress' return to movies, Karan Johar added: "She did the movie English Vinglish after a gap of 15 years in 2012, and she knew how to face the camera. I would go as far as to say that Sridevi was a genius artist because it takes lots of genius to go through what she did in so many films. Sridevi was a rare actor, who was (at the) top of her game in all the languages at the same time. Whether it was Tamil, Telugu or Hindi, she was on top. I must say (this is) a feat no other actor in India has achieved," reported IANS.

Sridevi died in February last year after accidentally drowning at a hotel bathtub in Dubai, just months before Janhvi Kapoor's Bollywood debut. Sridevi was to play a role in Karan Johar's Kalank, which was eventually portrayed by Madhuri Dixit. Karan Johar launched Sridevi's elder daughter Janhvi Kapoor in Dhadak, which released in July 2018.

Sridevi's last onscreen appearance was in Shah Rukh Khan's Zero - her portions were shot before her death. After her death last year, Sridevi was posthumously honoured with her first National Award for MOM.