"He is obeying commands, he is responsive, understanding some few words," said a senior doctor treating the actor 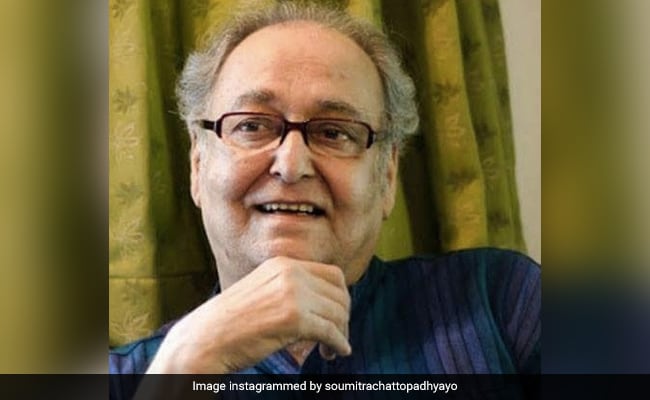 Veteran actor Soumitra Chatterjee, who earlier this week tested negative for COVID-19, is "recovering" now, the doctors attending to the thespian in a Kolkata hospital said on Thursday evening. Soumitra Chatterjee was admitted to Belle Vue Clinic on October 6 after he tested positive for the virus the day before. Sharing an update about the actor's health, one of the senior doctors treating him said: "He is doing very well. He was shifted out of COVID ICU once he tested negative for the virus. He is recovering, his consciousness has gone better...substantially now, he is obeying commands, he is responsive, understanding a few words. He is speaking also, little bit of comprehensive words...we are giving all sort of good therapy to him" and added: "He is without any fever for more than 40 hours now...the liver, kidney, heart, all are in acceptable range...his saturations are more than 96% on support of 40% of oxygen only. No new complications or anything has happened."

The doctor also talked about the music therapy they have been giving to Soumitra Chatterjee to improve his condition and said: "In terms of treatment, we have completed the course of remdesivir plasma and others...let's all hope that he gets better. For music therapy, we have given him the choice of music that he used to like before he went into this neurological slump. Rabindra sangeet and music from his films, we are playing it off and he has responded well to that also."

Earlier on Thursday, a medical bulletin from Belle Vue Clinic said: "He is responding to our verbal commands and that is a very good sign. The actor, however, is still in a confusion, restless state," reported news agency PTI.

Soumitra Chatterjee tested negative for the virus on Wednesday. The doctors have been giving him plasma therapy on two subsequent days.

A few days after the actor was admitted to the hospital, his condition worsened and he developed COVID-19 related encephalopathy. He was immediately shifted to intensive care and a team of 15 doctors was treating him. On Monday, he was given respiratory assistance with a non-rebreather mask (NRBM).

Soumitra Chatterjee, who has the rare distinction of having worked with maestros like Satyajit Ray and Mrinal Sen, has featured in several critically acclaimed Bengali films.