Sonam Kapoor's "Husband Appreciation" Post For Anand Ahuja Is Everything 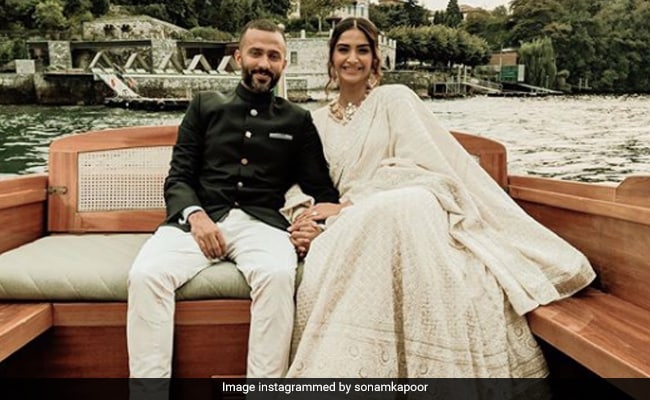 Sonam Kapoor and Anand Ahuja don't need a special occasion to express their love for each other because when they are together, every day is phenomenal. Sonam Kapoor brightened up her Instagram profile on Wednesday morning with a picture of her husband Anand Ahuja. In the picture, a happy Anand Ahuja can be seen dressed in a denim shirt, trousers and of course sneakers. Sonam simply captioned the post: "A husband appreciation post" and added a heart emoji. As of now, Anand hasn't reacted to Sonam's post but we would love to see his response. Sonam's mother Sunita Kapoor dropped heart emoticons in the comments section.

Sonam Kapoor and Anand Ahuja  flew to London a few months ago and they have been staying there for a while. They celebrated Anand's 35th birthday together, for which Sonam planned a special picnic in Notting Hill, London. Sharing a picture from his birthday picnic on social media, Anand Ahuja wrote: "Happening right now - my birthday gifts - Sonam Kapoor and this 'simple' outdoor picnic she organised. #everydayphenomenal."

Sonam Kapoor married her longtime boyfriend Anand Ahuja in May 2018. Anand Ahuja runs the fashion label Bhane and the sneaker boutique VegNonVeg. The couple are currently staying in London.