Since "Summer Is Canceled," Kajol Did This

Kajol's picture is a fix for our summer blues 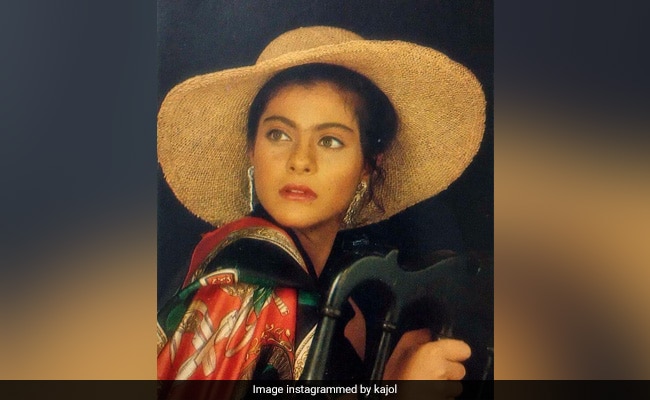 While all our summer vacation plans have been canceled this year due to the ongoing coronavirus crisis, Kajol has been keeping us engaged with her ROFL posts. The actress, who every now and then posts throwback pictures of herself with quirky captions, did something similar on Wednesday. Kajol flipped through the pages of her photoshoot album from the Nineties and shared a beautiful old picture of herself wearing a fancy hat and posing for the camera. "As everything for the summer is canceled, I might as well wear a fancy hat and call it a year!" she wrote in the caption.

And this on, with her daughter Nysa:

Kajol, the daughter of Tanuja and Shomu Mukherjee, made her acting debut with the 1992 film Bekhudi, in which she co-starred with Kamal Sadanah. She went on to feature in several hits like Baazigar, Dilwale Dulhania Le Jayenge, Kuch Kuch Hota Hai, Kabhi Khushi Kabhie Gham..., Fanaa, My Name Is Khan, Pyaar Kiya To Darna Kya, Pyaar To Hona Hi Tha and Ishq, to name a few.

Kareena Kapoor Is Getting Closer To Her Fitness Goal, One Step At A Time