"Love like this is rare and for Captain Vikram Batra (PVC) and Dimple, it lasted for more than just a lifetime!" Sidharth Malhotra wrote while sharing the song 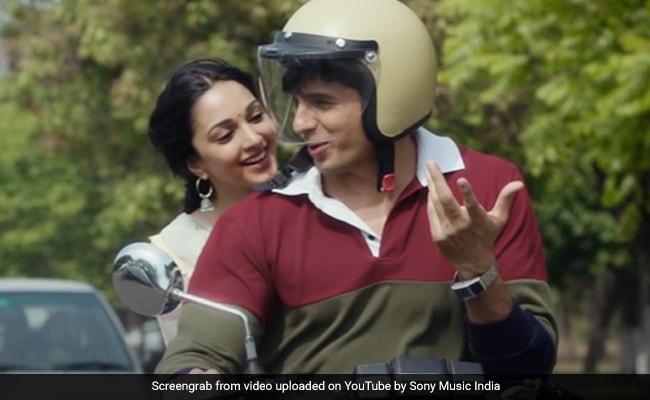 Sidharth Malhotra and Kiara Advani, co-stars of upcoming movie Shershaah, just shared a brand new song from the film's playlist. Titled Raataan Lambiyan, the Punjabi number will tug at your heartstrings with its soul-touching tune. Shershaah is based on the story of Captain Vikram Batra, who died in the Kargil War and was honoured with the Param Vir Chakra posthumously. Sidharth Malhotra has been cast as the Kargil War hero in Shershaah while Kiara Advani plays the role of his fiancée Dimple Cheema. Raataan Lambiyan begins with Dimple pouring her heart out in a letter to Captain Vikram Batra. She begins by writing: "You remember what happened on February 11?" and what follows is a montage of flashback moments.

Raataan Lambiyan offers glimpses of Dimple and Captain Vikram Batra's romance in Chandigarh, which began during their college days in the nineties. Raataan Lambiyan perfectly sums up a nineties' love story - secret kisses, odd-hour calls on landlines, listening to music together on a Walkman - Sidharth and Kiara can be seen having the best time ever in the video.

Here's how Sidharth Malhotra described the song Raataan Lambiyan in his tweet: "Love like this is rare and for Captain Vikram Batra (PVC) and Dimple, it lasted for more than just a lifetime!" Meanwhile, Kiara Advani added: "It's here!! Tell me if this makes your heart melt like it did to mine!"

Directed by Vishnu Varadhan and produced by Karan Johar's Dharma Productions, Shershaah was initially supposed to release in cinemas last year. Earlier this year, the makers of Shershaah had announced a date change with July as the release month, which has now been shifted to August - The film will premiere on August 12 on Prime Video.