Shang-Chi And The Legend Of The Ten Rings Review: Starring Simu Liu, The Superhero Film Is A Riveting Spectacle

Shang-Chi And The Legend Of The Ten Rings Review: The first-ever Marvel film with an Asian lead (Chinese-Canadian actor Simu Liu is up to the task) stages a judiciously orchestrated hubris-versus-humanity clash. 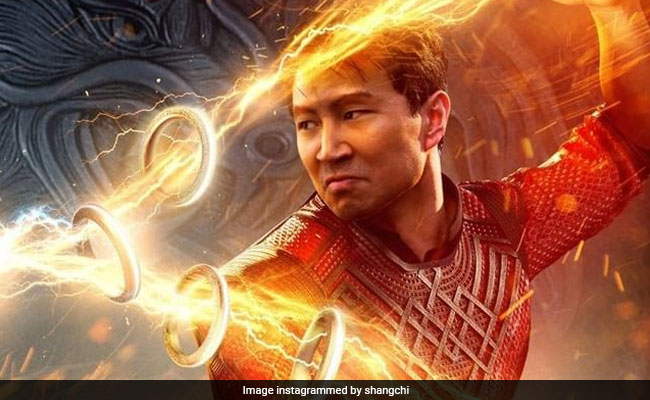 Shang-Chi And The Legend Of The Ten Rings Review: Simu Liu in a poster (courtesy shangchi)

Chinese martial arts flair meets Hollywood superhero action in epic and unwavering harmony in Shang-Chi And The Legend Of The Ten Rings, directed and co-written by Destin Daniel Cretton. The first-ever Marvel film with an Asian lead (Chinese-Canadian actor Simu Liu is up to the task) stages a judiciously orchestrated hubris-versus-humanity clash that yields a riveting, visually lush movie spectacle.

The reluctant superhero takes his time to emerge from a self-created shell. As a result, the screenplay (authored by the director with Dave Callahan and Andrew Lanham) has all the scope and space to develop the pivotal character while fastidiously chalking out a precise context for the protagonist's transformation from a young man caught in two minds to a fearless fighter ready to confront and absorb the reality of his birth and upbringing.

Pretty much the same approach is applied to the villain, a larger-than-life but impressively rounded figure fleshed out magnificently by Hong Kong megastar and long-time Wong Kar-wai collaborator Tony Leung. His intentions, unlike those of the hero, are made absolutely clear from the get-go. The ten rings are his and Xu Wenwu is hell-bent on making the most of the influence they have bestowed on him.

The antagonist, like many other maleficent forces in the Marvel Cinematic Universe, is unapologetically power-hungry and desires to extend his sphere as far as he can. Every action and decision of his is triggered either by an emotional angularity or a clear psychological impetus in the best traditions of a sharp character study. Wenwu's overarching ambition is, therefore, as easy to grasp as it is to detest.

Early in Shang-Chi And The Legend Of The Ten Rings, which embraces both the philosophical and the personal dimensions of the hero's quest for greatness with a purpose, Katy (Awkwafina), his best friend and a San Francisco hotel parking valet perfectly happy to be doing what she does, draws the attention of her dinner companions to the uncertainty and fragility of life, a verbal aside that strikes an instant chord given the human toll the ongoing pandemic has taken.

In the specific context of the plot, too, Katy's worries about life's vicissitudes serve as a sharp contrast to what is revealed by a detailed introductory voiceover that throws light on why Wenwu is unstoppable. He possesses "the strength of a god" and "eternal life". Neither uncertainty of purpose nor fragility of life and limb - both are out of the equation thanks to the ten rings in his possession - can impede his quest for power and money. He has been at it for hundreds of years.

In the present day, Shang-Chi has no interest in laying claim to his family legacy and lives in anonymity in Frisco, working alongside the cheerfully cocky Katy Chen, who, when we first see her, makes the most of the key that a hotel guest leaves with her and goes for a spin in a snazzy car, Shang-Chi, known to his American friends as Shaun, reluctantly in tow.

Shang-chi and Wenwu's stories leap back and forth in time to reveal the multiple flashpoints that have led to the unbridgeable distance between the father and his two disgruntled children, the hero and his sister Xu Xialing (Meng'er Zhang) since the death of their mother Ying Li (Fala Chen). 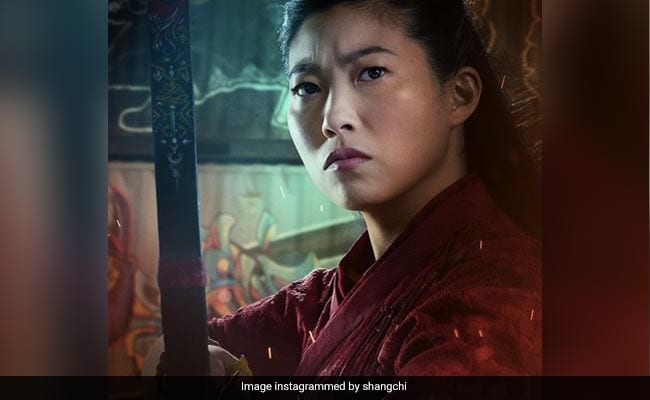 Shang-Chi And The Legend Of The Ten Rings Review: A poster from the film

Father and son, brother and sister, a mother who still lives in the hearts of her children and a husband who is deeply in love with his departed wife and believes she will return constitute the multiple facets of a family that is pulled apart and yoked together at once by one man's unquenchable thirst for power.

The plot hurtles forward when, on receiving a postcard from Xialing, Shang-Chi decides to fly to Macau to meet the sister he hasn't been in touch with for years. Katy accompanies him. In Macau, Shang-Chi winds up in an underground fight club and in the crosshairs of his sister, who hasn't forgiven him for disappearing from her life.

He is under repeated attack from the fearsome fighters of the Ten Rings army. One of them, Razor Fist (Florian Munteanu), a man with a machete for an arm, waylays him on a bus in San Francisco. Shang-chi's valiant fightback, recorded by a rider, goes viral and precedes him to Macau.

A daring leap of faith takes Shang-chi to his mother's village, Ta Lo, which hides many a secret that Wenwu has had his eyes on ever since he figured out that there is nothing else left on Earth for him to conquer. The son knows he has to get there before Wenwu does.

The hero is accompanied on the fraught trip by Katy, Xialing, Trevor Slattery (Ben Kingsley), an actor who has his own troubled history with Wenwu, and the last-named traveller's super-intelligent, magically prescient faceless pet, a creature from Chinese mythology that Katy can do no better than describe as "a chicken-pig". 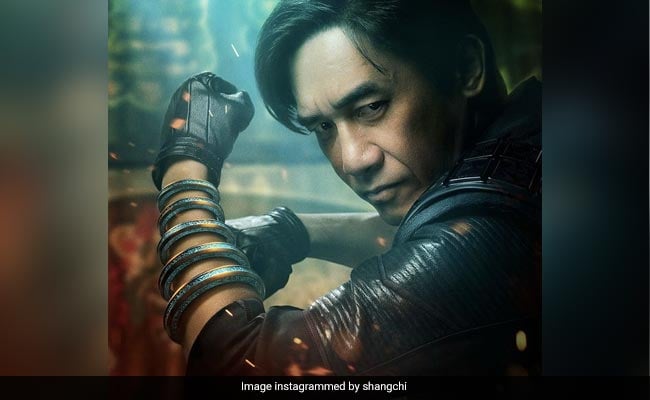 Shang-Chi And The Legend Of The Ten Rings Review: A poster from the film

They encounter things both wondrous and dangerous in Ta Lo, where his aunt Ying Nan (Michelle Yeoh) is at hand to demystify matters for Shang-chi. The latter's martial arts proficiency - he was trained by his father from the age of seven and sent on his first mission when he turned 14 - and survival instincts are severely tested by Wenwu, his ruthless warriors, and "soul-suckers".

The challenge for Shang-chi is to break free from the past, discover the core of his being, and firm up his resolve to harness the powers that he has for the good of the world. Even as he finds his calling on this life-altering adventure, neither he nor the audience can be sure how it will pan out in the years - and films (none has been announced yet) - that lie ahead.

Two mid-credits scenes at the end of the film do little to dispel the ambiguity. Yes, Bruce Banner (Mark Ruffalo) turns to Shang-Chi and says, with just a hint of glee: "Welcome to the circus." With Simu Liu nicely easing himself into the universe of Marvel superheroes, it should be worth waiting to find out what the future holds for MCU's newest superhero. 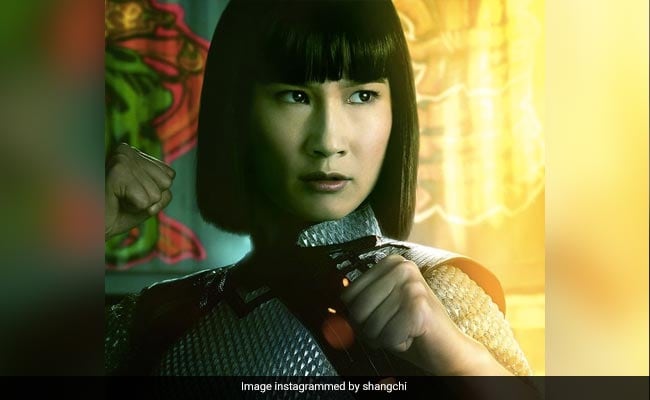 Simu Liu, who masters the superhero deportment to perfection, does not miss a trick. Awkwafina's presence introduces irony and humour into the film, as does Ben Kingsley's. Meng'er Zhang, too, makes a solid impact. But nobody in the cast can match Tony Leung.

Leung is stunningly sublime. He transforms himself into just the sort of fervid and doughty yet layered villain that Shang-Chi needs in order to take flight. The film, with its eye-popping VFX, first-rate action choreography and a captivating Liu and Leung duet, certainly does soar well above the ordinary.

Shang-Chi And The Legend Of The Ten Rings is definitely worth a trip to the nearest multiplex.

Another Round Movie Review: Mads Mikkelsen's Film Is An Intoxicating Brew