Salman and Arbaaz, who primarily discussed social media trolls on the talk show, had a good laugh over the comment, among many others 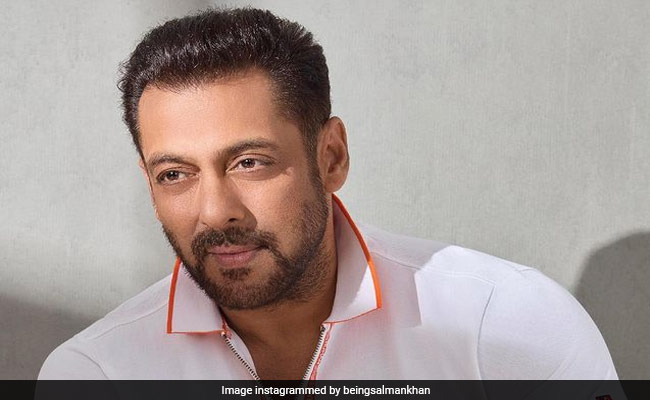 Salman Khan was visibly taken aback when his brother Arbaaz Khan read out a comment from an online troll, who made an assumption about his personal life. The hater posted a rather absurd comment about Salman Khan, accusing the actor of having a family in Dubai - a wife and a daughter, and also claiming that Salman is "hiding out" in the UAE city. Reacting to the comment, Salman Khan told Arbaaz: "Yeh log bade hi misinformed hai. Yeh befizul ki baate hai. Pata nahi kiske bare mein likha hai aur kahaan pe post kiya hai... kya impression dena chahte hai. (These people are really misinformed, these are useless talk. Don't know who this is written about or where this is posted or what impression they are trying to create)."

Salman and Arbaaz, who primarily discussed social media trolls on the talk show, had a good laugh over the comment, among many others. Speaking to Arbaaz, the 55-year-old superstar added: "Inko kya lagta hai ki main inko jawab doon inke naam se: 'Bhaisaab, meri koi biwi nahi hai. Main Hindustan mein rehta hun, Galaxy Apartments mein, 9 saal ke umar se.' Inko jawaab toh main dene wala hun nahi. Pure Hindustan ko pata hai ki hum kahaan rehte hain. (What do they think? That I will respond to them by addressing them by their names? That 'I don't have a wife and that I live in India, in Galaxy Apartments since I was nine'. I am not going to respond to them. Entire India knows where we live)."

In terms of work, Salman Khan was last seen Radhe, which released earlier this year. The Tiger Zinda Hai sequel is his upcoming movie, in which he reunites with Katrina Kaif on screen.