Sara Ali Khan and Ibrahim are Saif's children with Amrita Singh. Saif married Kareena Kapoor in 2012 and they are parents to three-year-old Taimur. 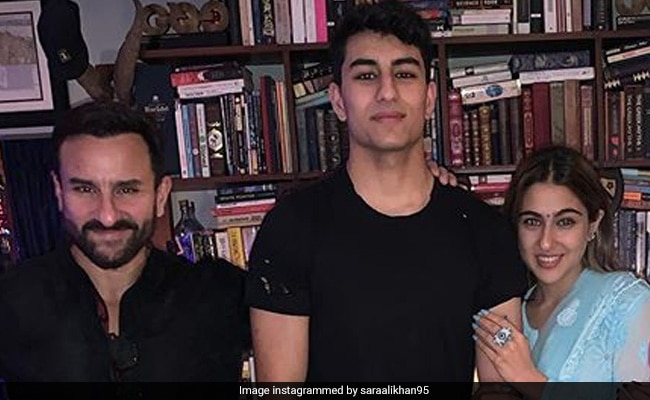 Saif Ali Khan, who was married to actress Amrita Singh for 13 years, was asked about how he told young Sara Ali Khan and son Ibrahim about their separation in an interview with Pinkvilla. Saif and Amrita divorced in 2004. Sara was just about nine years old and Ibrahim three. Speaking to Pinkvilla, the Tanhaji actor said: "It's the worst thing in the world. That is something I still feel I wish could have been different. I don't think I will ever really be okay with that. I mean you understand that certain things can't be out, I mean I try my best to make peace with them and with myself saying that 'I was 20 and I was quite young and so much changes' but I mean you feel bad but it is a strange thing."

Happiest birthday Abba I love you so much

On her debut appearance on Koffee With Karan last year, Sara appeared rather comfortable talking about Saif and Amrita's separation as she told show host Karan Johar: "They would have been very unhappy together had they stuck together. They took the right decision and now, everyone's happy. I'm happy, abba is happy, mumma is happy, and Kareena is happy. I have two comfortable homes now, rather than having an uncomfortable home." She even spoke about Amrita Singh helping her get ready for Saif's wedding with Kareena.

On the work front, Saif Ali Khan will next be seen in Jawaani Jaaneman, which releases on January 31.