Much like the Golden Globe nominations, the snubs were more surprising. 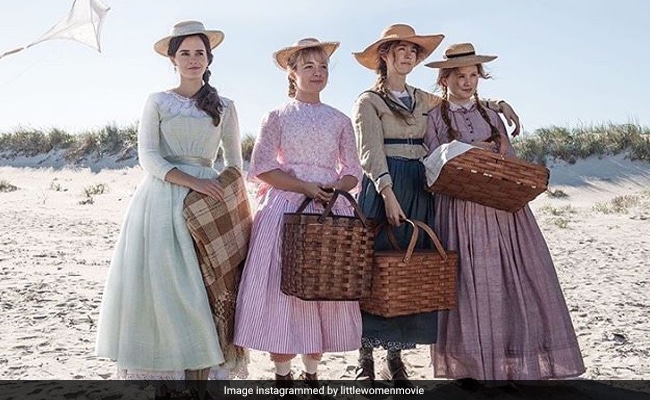 As the calendar year winds down, awards season revs up: Nominations for the Screen Actors Guild Awards were announced Wednesday, just days after those for the Golden Globes. Like the latter set of nominees, the actors selected by their peers aren't very likely to surprise those who have been keeping up with award prognosticating this year. The snubs, on the other hand, might raise some eyebrows.

Here are some of the biggest takeaways from this year's SAG Award nominations.

- Bombshell and Scarlett Johansson get a lot of love

Jay Roach's "Bombshell," about women who expose a culture of sexual harassment at Fox News, led the film categories by earning individual nominations for actresses Charlize Theron, Nicole Kidman and Margot Robbie, as well as an ensemble nod for the entire cast. History tells us that award voting bodies love when actors play real-life figures, and seeing as this film features portrayals of Megyn Kelly, Gretchen Carlson and Roger Ailes, things seem to be leaning in "Bombshell's" favor.

Also beloved by her fellow actors appears to be Scarlett Johansson, who landed a nomination for her lead role in Marriage Story, as has been par for the course, but also earned another for her supporting turn in Jojo Rabbit. Taika Waititi's satirical World War II film, in which Johansson plays a German woman who hides a Jewish teenager in her home, drummed up awards buzz around the time of its release that seemed to have fizzled out. This nomination might say otherwise.

Notable snubs in the film actor categories include Awkwafina (The Farewell), Eddie Murphy (Dolemite Is My Name) and Alfre Woodard (Clemency), all of whom earned Golden Globe nods on Monday. Robert De Niro, who will receive the SAG Life Achievement Award, wasn't recognized for his lead role in The Irishman, either, despite co-stars Al Pacino and Joe Pesci appearing in the supporting category.

- Parasite continues to pick up steam

Critics have ranked Bong Joon-ho's darkly comedic thriller as one of the best of the year, but films that aren't in English often face an uphill battle when it comes to earning awards recognition. That hasn't necessarily been the case for "Parasite," which, in addition to landing Golden Globe nominations outside of the foreign language category, will now compete for best ensemble at the SAG Awards.

- Little Women, Knives Out and John Wick: Chapter 3 - Parabellum are left in the dust

John Wick would have been a shoo-in for the stunt category but, alas, The Irishman won out.

- The Crown, The Kominsky Method and The Marvelous Mrs. Maisel sweep the TV categories

As was expected, The Crown dominated the TV categories thanks to nominated actresses Olivia Colman and Helena Bonham Carter, who play Queen Elizabeth II and Princess Margaret, respectively, after being handed the reins by the Netflix series' original cast. The Marvelous Mrs. Maisel continues to woo, proven by nominations for actors Rachel Brosnahan, Alex Borstein and Tony Shalhoub, while nods for "The Kominsky Method" stars Alan Arkin and Michael Douglas indicate that the conversation over who even watches the show will extend from this past Golden Globes ceremony through January 2020, at least.

All three series were also nominated for ensemble awards.

- Succession is nowhere to be seen

While Game Of Thrones landed an ensemble nomination and an individual one for Peter Dinklage, another one of HBO's buzzy Sunday night dramas, "Succession," didn't pick up any. The show dominated social media discourse earlier this year and earned Golden Globe recognition for actors Brian Cox and Kieran Culkin, and for the show overall. Jeremy Strong and Sarah Snook, while overlooked by the Hollywood Foreign Press Association, were nominated this week for the Critics' Choice Awards. "Watchmen," another HBO series that made many critics' year-end lists but also missed out on nods from the HFPA, earned a stunts nomination from the Screen Actors Guild.

The 26th annual SAG Awards will air Jan. 19 on TNT and TBS. Below is a full list of nominees.

- Outstanding performance by a male actor in a leading role

Leonardo DiCaprio, Once Upon a Time ... in Hollywood

- Outstanding performance by a female actor in a leading role

- Outstanding performance by a male actor in a supporting role

Tom Hanks, A Beautiful Day in the Neighborhood

Brad Pitt, Once Upon a Time ... in Hollywood

- Outstanding performance by a female actor in a supporting role

- Outstanding performance by a cast in a motion picture

Once Upon a Time ... in Hollywood

Once Upon a Time ... in Hollywood

Jharrel Jerome, When They See Us

- Outstanding performance by a male actor in a drama series

Sterling K. Brown, This Is Us

- Outstanding performance by a female actor in a drama series

- Outstanding performance by a male actor in a comedy series

- Outstanding performance by a female actor in a comedy series

Christina Applegate, Dead to Me

(Except for the headline, this story has not been edited by NDTV staff and is published from a syndicated feed.)
Comments
SAG Award nominationssag awards