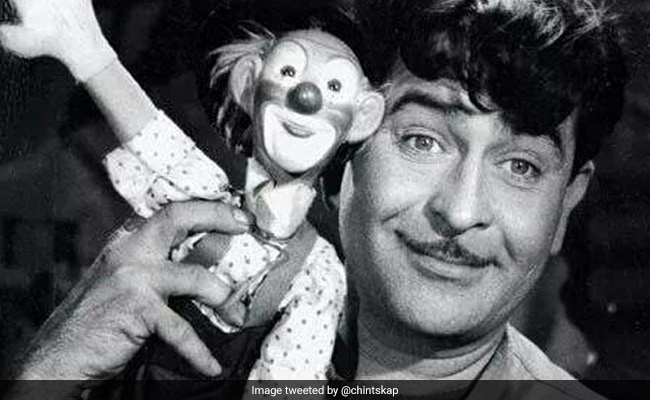 Rishi Kapoor celebrated the 95th birth anniversary of his late actor father Raj Kapoor in a very special way on Saturday. The Mulk actor took a trip down the memory lane and dug out a priceless black-and-white throwback picture of his dad Raj Kapoor. The photo, which features Raj Kapoor posing with a doll, is a still from his 1970 film Mera Naam Joker, which also starred Rishi Kapoor as a child artiste. For those who don't know, Rishi Kapoor made his debut in the film industry as a child artiste in Mera Naam Joker, for which he even won the National Film Award but more on that later. Wishing his father on social media, Rishi Kapoor shared the picture and wrote: "Happy birthday, dad! We shall always remember you...love!"

Anil Kapoor also "remembered" Raj Kapoor on his birthday. He shared an old photo of him and tweeted: "Remembering #RajKapoor on his birth anniversary...my most memorable parties were with him for his birthday in Chembur. Filled with glamour, glitz, showmanship and the entire film industry! There never was and never will be anybody like him."

Remembering #RajKapoor on his birth anniversary...my most memorable parties were with him for his birthday in Chembur. Filled with glamour, glitz, showmanship & the entire film industry! There never was and never will be anybody like him... pic.twitter.com/IEbRCvGP3e

On the work front, Rishi Kapoor has a commendable career spanning over four decades. He was among the top crop of actors in the Seventies and the Eighties. Over the last few years, Rishi Kapoor has starred in critically acclaimed films such as Mulk, 102 Not Out, Agneepath and Kapoor & Sons and others. He was lasts seen in the recently released film The Body.