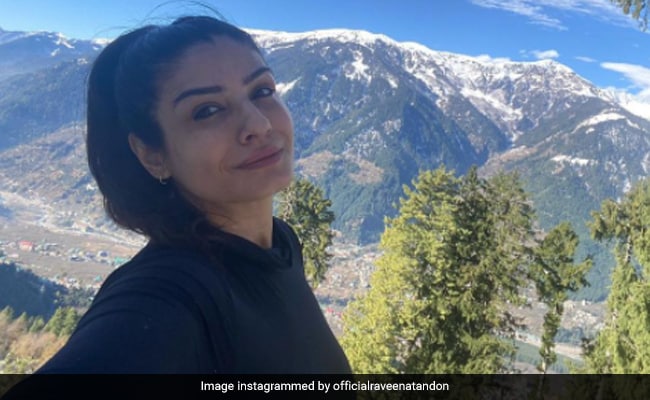 Raveena Tandon, who is in the "lap of the Himalayas" with her family, is having the time of her life. The 46-year-old actress has picked Manali in Himachal Pradesh as her vacation spot and is spending her days camping there with her family. On Saturday morning, Raveena checked in on Instagram with a bunch of post-card like photos, which are all about snow-capped mountains and breathtaking sceneries. On Instagram, Raveena tagged her location as "Literally 'on top of the world!'" She then wrote her Manali fam-jam is turning out to be all about "Early mornings, sunshine and snow-kissed mountaintops." Sounds fabulous.

When in Manali, Raveena is not only enjoying the scenic beauty but also embarking on pretty cool adventures such as these. Addressing her adventurous soul, Raveena wrote in a post: "She was born to be alive."

Well, camping in the mountains never looked so good! "Live life to the fullest," wrote Raveena.