Rashami Desai Reveals Casting Couch Ordeal At 16: "He Tried To Spike My Drink, Molest Me"

Rashami said: "My mother slapped him and told him, 'If you do this again with my daughter, this just the beginning, next time I'll screw you'." 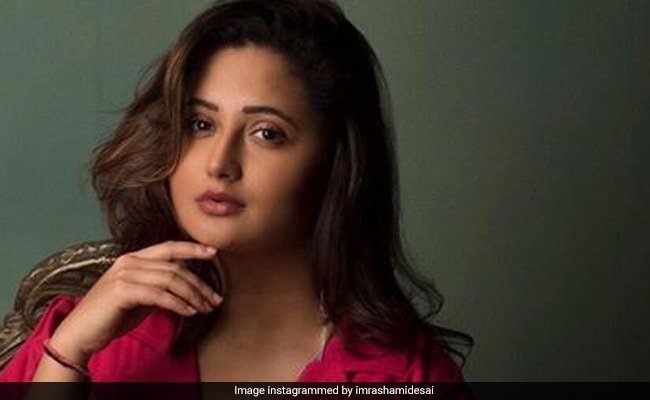 "He was the first person who tried taking advantage of me," said Rashami

Television actress Rashami Desai, who recently appeared on reality show Bigg Boss 13, found a spot on the list of trends on Wednesday after her interview with Pinkvilla, in which she talked about her horrifying casting couch experience, went viral. Speaking to Pinkvilla, Rashami, 34, revealed that she dealt with the casting couch during her initial years in the industry when a man she identified as Suraj tried to "take advantage" of her and "molest" her. She did not disclose if he was a producer or casting agent. Recounting the incident, Rashami alleged that she was just 16 when the alleged perpetrator called her for an audition and tried to molest her by spiking her drink. "When I started my career 13 years ago, I was very young and from a completely non-filmy background. I still remember that I was told - if you don't go through a casting couch, you won't get work. His name is Suraj and I don't know where he's now," said Rashami

"The first time we met, he asked me about my statistics and I didn't know what it meant back then. He started saying that it is your body structure and figure. I told him I don't know and he knew that she's completely unaware of the way things work in the industry. He was the first person who tried taking advantage of me and tried his level best to molest me in some or the other way," she added.

Rashami recounted that the alleged predator called her for an audition but when she reached the location, no one was there except him. "One day he said come for the audition. That was my first time and I was all chirpy and excited. Main wahan pohoonch gayi and then I got to know ki aur waha koi nahi tha except him. No cameras and nothing. He tried his level best to spike my drink, get me unconscious and take advantage of it. I kept saying I don't want to do. Somehow, he wanted to psyche my mind. And since I was 16, it is very easy kisi ladki ko, jisse bahar ki duniya ki knowledge nahi ho, use bewakoof banana," said Rashami.

She added that she managed to leave unharmed and informed her mother immediately about what happened. "From there, I managed to come out after two and a half hours and I called up my mother and told her everything. I said this is what happened and I don't want to work with him and I don't want to work in the industry anymore because I don't feel comfortable. Next day, she called this man and we went to meet him at a restaurant. My mother slapped him and told him, 'If you do this again with my daughter, you remember that this just the beginning, next time I'll screw you'," the actress told Pinkvilla.

Rashami Desai has featured in several TV shows such as Dil Se Dil Tak, Pari Hoon Main and Ishq Ka Rang Safed. She is best known for her performance in Uttaran. Rashami has also worked in films like Gabbar Singh, Bandan Toote Na and Dabangg 2, in which she appeared in a cameo role. Other than Bigg Boss 13, the actress has also participated in reality shows such as Jhalak Dikhhla Jaa 5, Fear Factor: Khatron Ke Khiladi 6 and Nach Baliye 7.

Rashami was previously married to her Uttaran co-star Nandish Sandhu but they divorced in 2015.