Ranveer Singh Looks Kinda Like Jayeshbhai Jordaar In This Throwback Pic, No?

Don't you think Ranveer from the past and Jayeshbhai Jordaar kind of look similar? 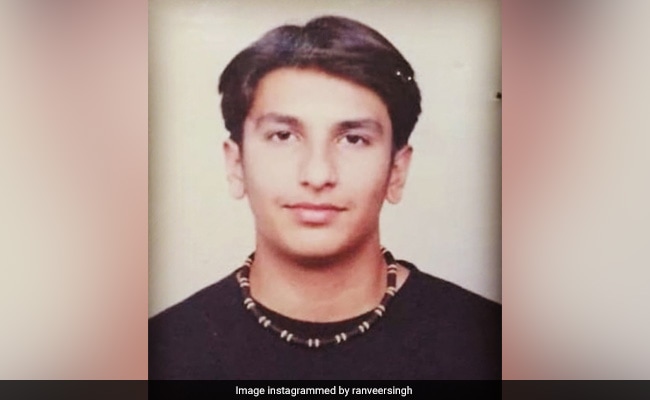 Ranveer Singh just played the Flashback Friday trump card, guys! The 34-year-old actor took a trip down memory lane and returned to Instagram with a much younger version of himself, sporting a beaded necklace - the sort usually worn in the Nineties. For caption, he simply added the hatching chick icon and the hashtag "#FlashbackFriday." Comments on Ranveer Singh's Instagram unanimously agreed how "innocent" the actor looks in the throwback memory. Interestingly however, Ranveer's side parted hairstyle in the photo reminded us of his character in his new film Jayeshbhai Jordaar. Take a look at what Ranveer Singh posted from his throwback archives:

It seems like you have been preparing for #JayeshbhaiJordaar for long!!

Ranveer Singh plays the role of a Gujarati man in the comedy Jayeshbhai Jordaar, which will be directed by filmmaker Divyang Thakkar. Ranveer's first look poster took us by surprise and sent the Internet into a tizzy. While not much is known about the movie, Ranveer revealed in an interview with IANS what to expect from the film: "It is, in fact, 'a miracle script' that YRF found for me out of nowhere. The sheer brilliance of the writing compelled me to immediately green-light this film. Both humorous and poignant, Jayeshbhai Jordaar is right up there with the most solid on-paper material I've ever come across."

Meanwhile, here are other glimpses of throwback versions of Ranveer Singh:

all good in the hood

My Bestie, My Protector, My Angel love you #happyrakshabandhan @riticulousness

Ranveer will next be seen in Kabir Khan's '83, co-starring Deepika Padukone, which releases on April 10, next year.