"These past few days got me feeling a bit philosophical," said Gal Gadot 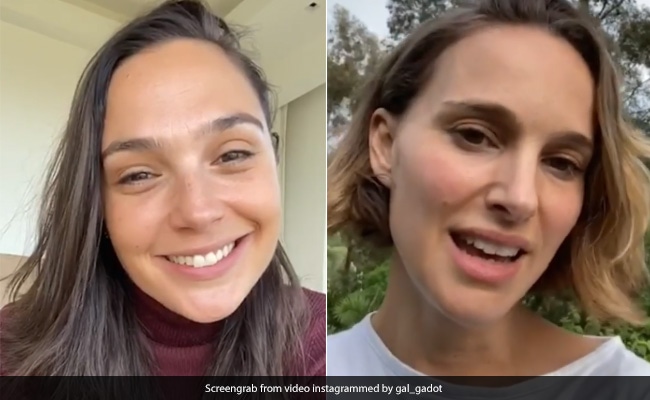 John Lennon's classic Imagine got a brand new twist, courtesy Gal Gadot, Natalie Portman, Jimmy Fallon, Amy Adams and many other stars. On Thursday, the Wonder Woman star, who has been in quarantine for about six days ( she revealed in her video), shared a post on Instagram, in which several stars joined her and sang the aforementioned song. In the beginning of the video, Gal said, "These past few days got me feeling a bit philosophical." She added, "You know, this virus has affected the entire world, everyone - doesn't matter who you are, where you are from, we are all in this together." Other than Gal's Wonder Woman1984 co-stars Kristen Wiig and Pedro Pascal, the video features Natalie Portman, Will Ferrell and Amy Adams, Jamie Dornan, Sarah Silverman, Maya Rudolph, Mark Ruffalo, Jimmy Fallon, Norah Jones, Cara Delevingne, Sia, Leslie Odom Jr and Annie Mumolo.

Sharing the IGTV video, the 34-year-old actress, wrote: "We are in this together, we will get through it together. Let's imagine together. Sing with us. All love to you, from me and my dear friends."

Gal Gadot's upcoming superhero film Wonder Woman 1984, based on the DC Comics character Wonder Woman, is a follow up to 2017's Wonder Woman. It is slated to release on June 5, this year.

Coronavirus, which originated in Wuhan (China) last year, has been declared a pandemic by the World Health Organisation (WHO). The releases of several Bollywood as well Hollywood projects have been shifted indefinitely due to the pandemic. The annual fashion festival Met Gala, which was slated to take place on May 4, this year, has also been postponed because of the pandemic.