"In The White Tiger, Pinky is the catalyst of change for Balram," wrote Priyanka Chopra 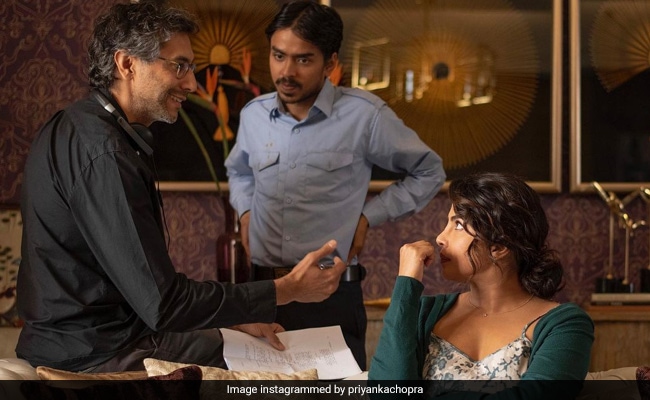 Priyanka Chopra, before taking up any role that she portrays onscreen, always has a question and an important one - "how does this character impact the story?" That is exactly what she did before signing The White Tiger. In her latest Instagram entry, the actress shared a few BTS pictures from the sets of the Netflix film and she wrote in her caption: "I approach every role with one question - how does this character impact the story?" Priyanka also answered the question in her caption and she added, "In The White Tiger, Pinky is the catalyst of change for Balram...She lights the fire that ultimately leads him down a different path than the one he is on... But is that path the right one?" The Quantico star signed off the post saying, "Ok, ok, no spoilers, but if you have watched the movie...Comment below and tell me what you thought!"

The White Tiger has been directed by filmmaker Ramin Bahrani, who is best known for helming films like 99 Homes and Man Push Cart. Priyanka Chopra is the executive producer of the film. The White Tiger also stars Adarsh Gourav, who plays the protagonist and Rajkummar Rao stars as Priyanka Chopra's husband. The film is based on Aravind Adiga's Booker Prize-winning novel The White Tiger. It showcases the rags to riches story of Balram Halwai (played by Adarsh Gourav), centered around a murder, love and deceit.

The White Tiger opened to largely positive reviews from film critics. In his review for NDTV, film critic Saibal Chatterjee, gave the film a 3-star rating and he wrote: "The storytelling is incisive and kinetic. Lead actor Adarsh Gourav is absolutely brilliant. Priyanka Chopra Jonas, in a supporting role, doesn't put a foot wrong."