What A Man Gotta Do: Nick Jonas just revealed Priyanka Chopra stars in the music video of the song with a new poster 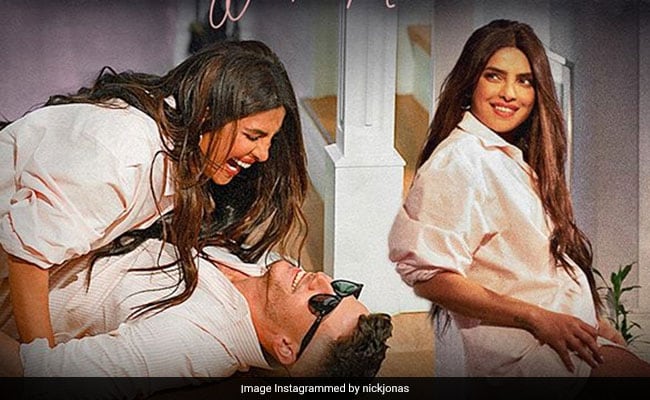 Nick Jonas has just shared an intriguing post on Instagram, which also features his wife Priyanka Chopra. No, we are not talking about a vacation picture or a throwback memory. Nick Jonas' post is actually a new poster of the Jonas Brothers' new single What A Man Gotta Do, which reveals Priyanka Chopra shares screen-space with Nick Jonas in the music video for the song. Hours after Nick Jonas' post, Priyanka Chopra also shared the poster and wrote: "I'm risky... he's the business." Nick Jonas and Priyanka Chopra's What A Man Gotta Do poster is inspired by 1983 film Risky Business, starring Tom Cruise and Rebecca De Mornay. The comedy-drama is about teenaged Joel, played by Tom Cruise, who reluctantly turns his home into a brothel for a night while his parents are away. Rebecca De Mornay plays the sex worker Joel gets mixed up with. The post shared by Nick recreates the famous sunglasses poster of the film and features a glimpse of Priyanka and Nick sharing a loved-up moment. Nick Jonas captioned the post, "She's risky and I'm the business #WhatAManGottaDoVideo."

The tagline on the poster reads, "Sign me up for full time... I'm yours..." Check out what Nick Jonas posted on his Instagram and how similar it is to the poster of Risky Business:

In a previous post, Nick Jonas released just a snippet of the song and also shared it on his Instagram story.

Meanwhile, Nick's brother Kevin Jonas also released a separate poster, featuring wife Danielle, which means they also star in the What A Man Gotta Do music video with his wife. Kevin Jonas and Danielle's What A Man Gotta Do video poster is inspired by 1989 film Say Anything, which is Kevin's "new favorite movie, to be honest." The film is also a comedy-drama and its story revolves around a teenager played by John Cusack falling in love with a teenage girl, who's played by Ione Skye. The poster shared by Kevin references the famous scene in which John Cusack's character woos Ione Skye back by playing a Peter Gabriel song on a boombox outside her house.

Here's how the Kevin's poster and Say Anything film poster look similar:

My new favorite movie to be honest. #WhatAManGottaDoVideo

With high school graduation behind him, Lloyd Dobbler (John Cusack) decides to finally ask out the brainy Valedictorian, Diane Court (Ione Skye). Diane has just been awarded a prestigious fellowship to study in England and only has sixteen weeks before she boards a plane overseas. Feeling like she missed out on the normal high school experiences because of her studies, Diane agrees to accompany Lloyd to a graduation party, and from there, their "friends with potential" becomes a powerful coming of age story about first love. Full Review link in profile. Rating: --------------- #sayanything #sayanythingmovie #johncusack #ioneskye #johnmahoney #joancusack #lilitaylor #amybrooks #ericstoltz #jeremypiven #bebeneuwirth #philipbakerhall #lorendean #cameroncrowe #romanticcomedy #moviereview #movie #review #film #romcom #drama #comedy #romance #romancemovies #movies #teenmovies

Earlier, the Jonas Brothers dropped the news about their new single with a quirky poster. Have a look at the poster here:

Does the music video also star Joe Jonas with his wife Sophie Turner? That is yet to be seen. The Jonas Brothers have shared a couple of other posters of their upcoming music video. 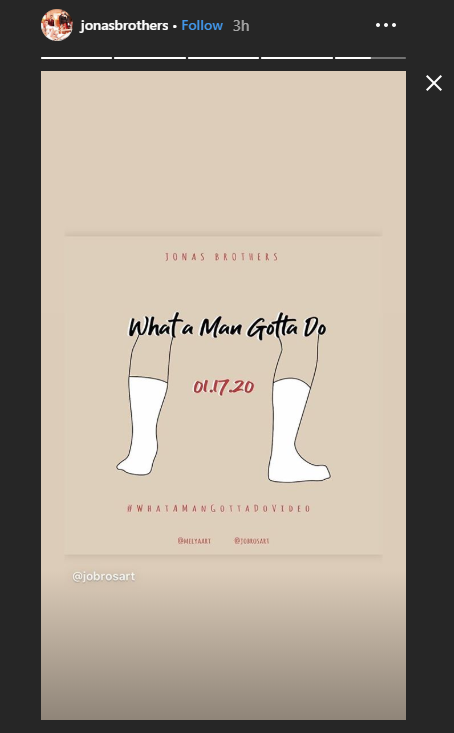 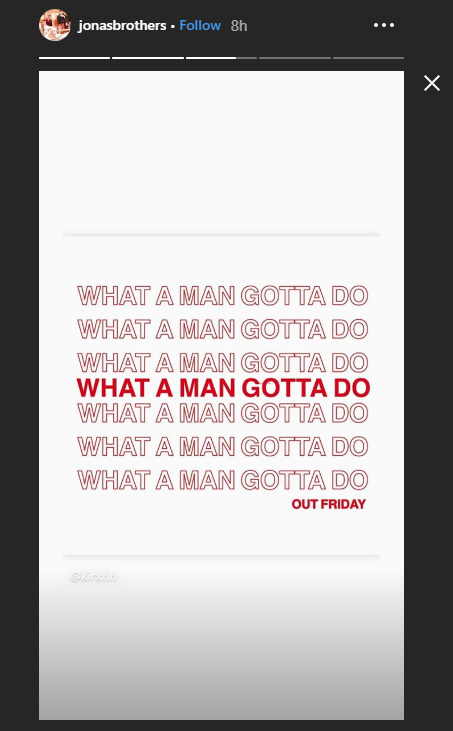 Last year, the Jonas Brothers made a comeback with the song Sucker, which starred not only Nick, Kevin and Joe but also Priyanka, Danielle and Sophie. Till the time What A Man Gotta Do releases, enjoy Sucker here:

The music video of What A Man Gotta Do will release on Friday.