"They need our attention and support," Priyanka Chopra tweeted 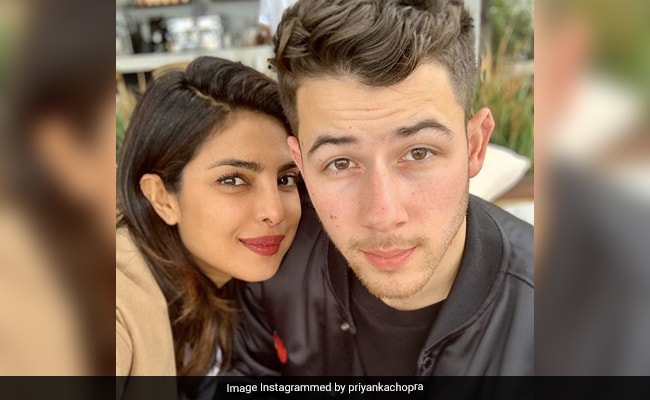 On Tuesday morning, Priyanka Chopra and Nick Jonas occupied a spot on the list of trends for all the right reasons. The Quantico actress and her husband made donations to Assam and Bihar flood relief organisations. Sharing a series of tweets on Monday night, Ms Chopra even asked her fans to provide help. "While we are all still dealing with the effects of the global pandemic, the Indian state of Assam has been grappling with another major crisis. It has been devastated by floods triggered by heavy monsoon showers affecting the lives of millions. The impact to life and land/property is unimaginable. The rapidly rising water level has also flooded the Kaziranga National Park, one of the finest wildlife sanctuaries in the world," Priyanka Chopra tweeted.

Priyanka Chopra, who was appointed as the brand ambassador of the Assam Tourism Development Corporation in the year 2016, earlier received major criticism for remaining silent as the floods hit the state. In her tweet, Priyanka Chopra added, "They need our attention and support. I'm sharing details of a few credible organsations that are doing some good work on the ground in Assam, and Nick and I have made a donation to each. Let us support them so they can continue to help those in need." She accompanied the post with the hashtags #Assamfloods #PrayForAssam #AssamNeedsHelp.

You can make a donation here:
Rapid Response:https://t.co/4XD4N0vh1f

Meanwhile, Priyanka and Nick also made donations towards Bihar flood relief measures. On Tuesday morning, Priyanka, who was born in Bihar, tweeted: "The monsoons in India have caused major devastation in many parts of the country. In the state of Bihar, where I was born, continuous heavy rains have caused major flooding. Much like Assam, millions of people have been affected and many have been displaced as their homes were washed away in deluge. As they grapple with this devastation, they need all the help that we can provide. Nick and I have already donated to a few organisations whose teams are engaged in active relief and rehabilitation work in the state. Now it's your turn."

Priyanka Chopra, who is currently in the US with her husband Nick Jonas, has several projects in the line-up. She will next be seen in Netflix's adaptation of The White Tiger, co-starring Rajkummar Rao. Her line-up also includes superhero film We Can Be Heroes, a film with comedian Mindy Kaling and Amazon's web-series Citadel.