Once Upon A Time In Calcutta Review: The bustling metropolis lives, breathes and pulsates through a handful of characters that director Aditya Vikram Sengupta's screenplay assembles on a vivid canvas. 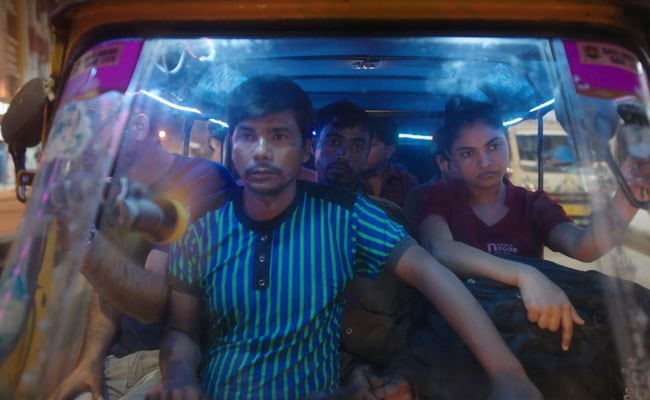 Once Upon A Time In Calcutta Aditya Vikram Sengupta's Once Upon A Time In Calcutta opens with a death and ends with another. In between, the bustling metropolis that, in the 1980s, was proclaimed by the then Prime Minister as "dying" lives, breathes and pulsates through a handful of characters that Sengupta's screenplay assembles on a vivid canvas.

Once Upon A Time In Calcutta, which premiered on Tuesday as part of the Orizzonti (Horizons) competition at the 78th Venice Film Festival, captures in bold relief an inexorable and unsettling process of flux in which neither finding one's feet nor clinging to one's emotional bearings is easy. 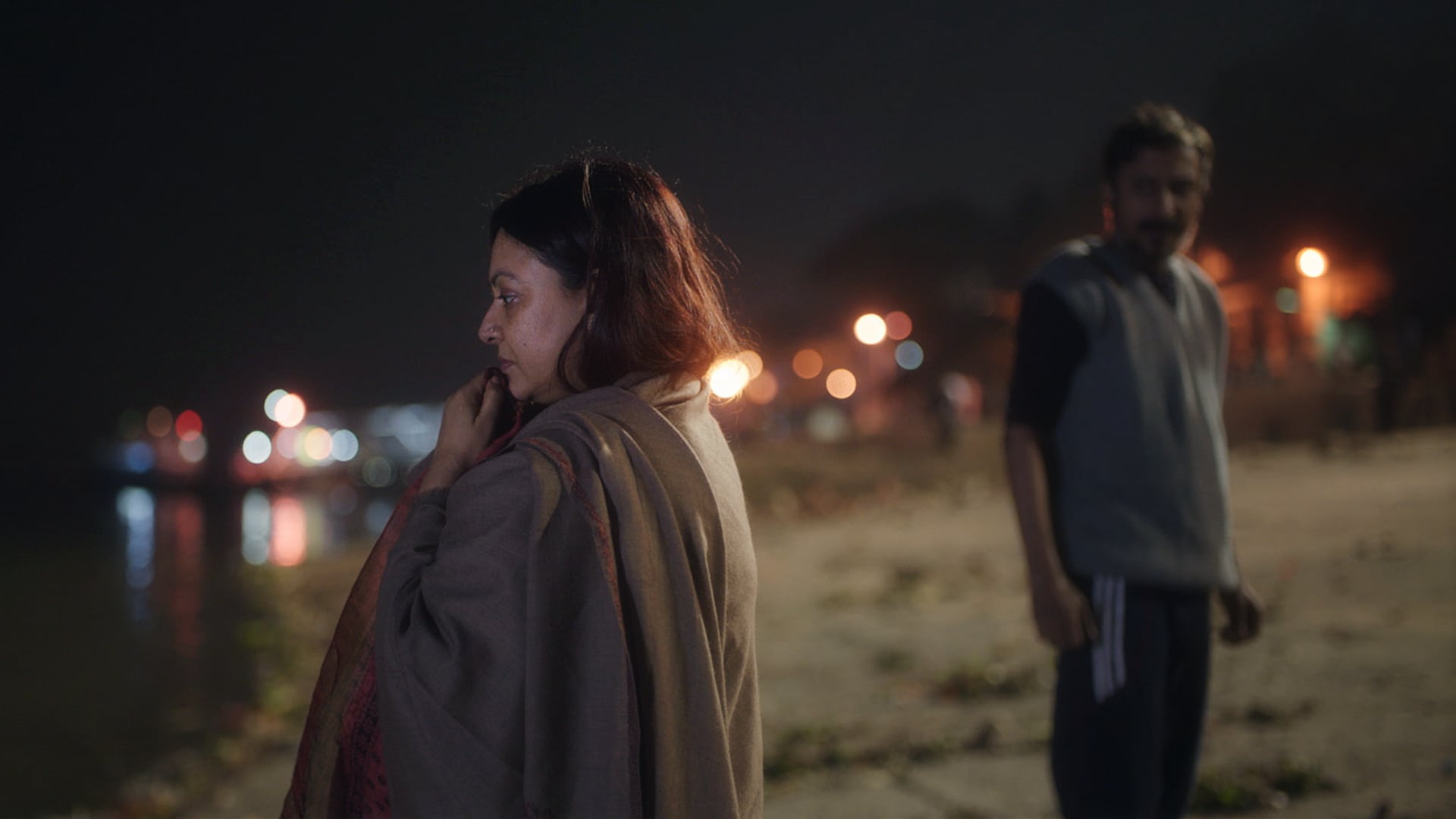 The film is far removed in style and substance from the writer-director's two previous ventures - the dialogue-less Asha Jaoar Majhe (Labour of Love, which, too, was unveiled in Venice, where it won the prize for the Best Debut Film) and the resolutely imagistic Jonaki. Once Upon A Time In Calcutta is entirely plot-driven and dialogue-dominated.

The film's core is at the same time composed of striking visuals - they alternate between the hard-edged and the surreal - and a string of refined moments that reveal a great deal about the city and its people and the time that the two exist in.

Once Upon A Time In Calcutta is a portrait of a city not as an inanimate composite of its streets, hoods and buildings but as a giant living organism whose lifeblood are its denizens. Sengupta frames urban angst with empathy and an acute sense of reality and history, making Once Upon A Time In Calcutta an unsentimental and yet deeply felt ode to a constantly metamorphosing city. 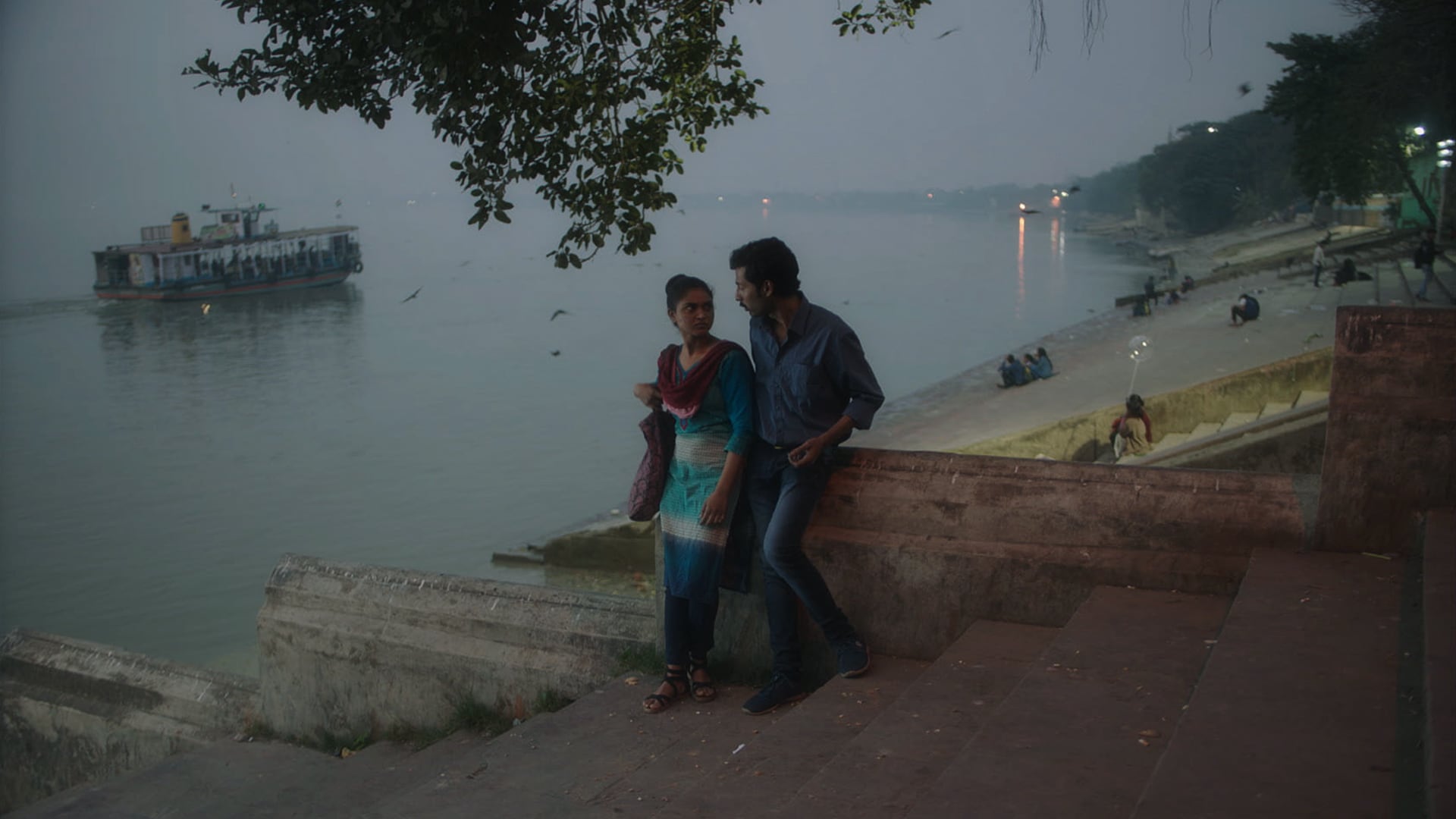 The skyline is changing and so are the sounds of the city. Even Tagore isn't spared. In the film, the city's obsession with the Nobel Prize-winning poet lives on through cacophonous remixes that sound nothing like the original compositions. Late in the film, the soundtrack makes room for a pristine version of a song thus mauled. Like the city, Tagore has to now live in a climate defined by distortion and inconstancy.

Accessibility enhances the magnificence of Sengupta's third film. It is set in the present but it reflects the timeless ebbs and tides of a city of 15 million people that straddles many eras and worlds as it confronts the repercussions of rapid transformation - political, physical and cultural, all three of which are touched upon, the last-mentioned more directly than the other two.

The director views Calcutta through the varied prisms that the key characters constitute and presents a tableau of experiences that transmits in equal measure human despair and the will to labour on in the face of adversity. 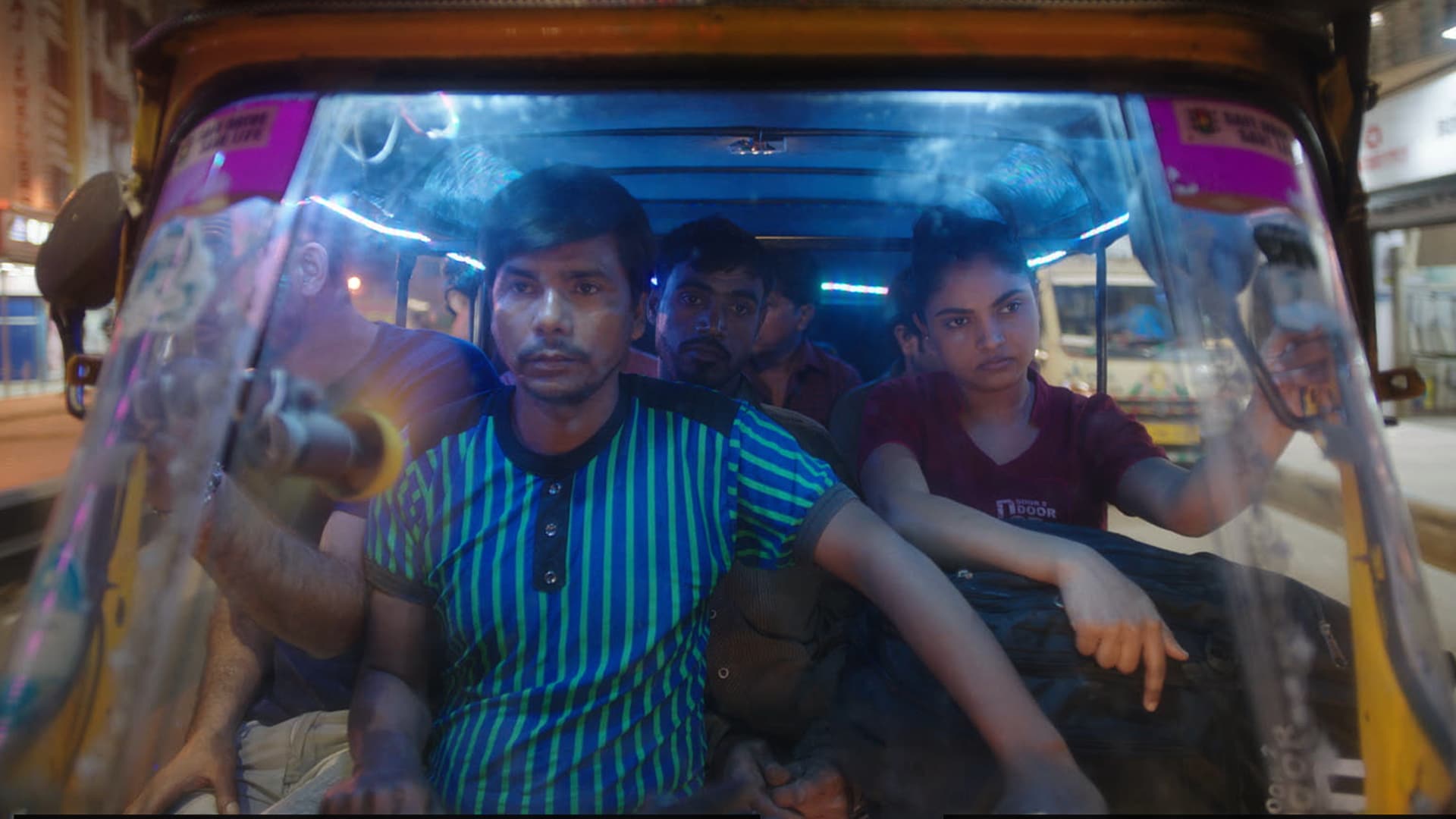 Kolkata - the title opts for Calcutta to suggest continuum - assumes the form of a full-blown character that impacts, and is impacted by, the film's two principal figures. One is a former actress coming off the death of her daughter (the exact cause isn't specifically spelled out) and seeking to move on. The other is a depressive loner who clings desperately to a moribund theatre that he owns but no longer has any use for.

Apart from three other characters who orbit around the above two, the film has an under-construction flyover, a dinosaur statue that has outlived its utility, a large number of Rabindranath Tagore busts, a shadowy real-estate firm and a German Shepherd whose litter of puppies signifies a sign of renewal even as it exposes the ways of dog-breeders. All these elements figure - some tangentially, some more tangibly - in the topsy-turvy lives that constitute the plot of Once Upon A Time In Calcutta.

With the precision of a surgeon's scalpel, Sengupta drills his way into the inner worlds of these people, delivering in the process sharply delineated narrative fragments that add up to a fascinating collage of individual impulses and actions driven by hope and buffeted by the unpredictability of fate.

Ela, the past-her-prime actress and bereaved mother, is played brilliantly by Sreelekha Mitra. The woman is estranged from her husband who lives in a separate room in the same house. She hosts an astrology show on television, leads her own life, and aspires to escape the stagnancy of her life. But is she really at liberty to do what her heart desires?

The stasis is even more deadening in the case of Bubu (Bratya Basu), who lives atop a theatre with an old retainer and struggles with health issues and the unwanted attention of builders. The theatre of the man's stagnant life is a decomposing freeze-frame of sorts and the actor, who is Bengal's school and higher education minister and a veteran stage and screen actor, playwright, filmmaker and theatre director, internalizes the vacuum at the heart of Bubu's life to perfection. 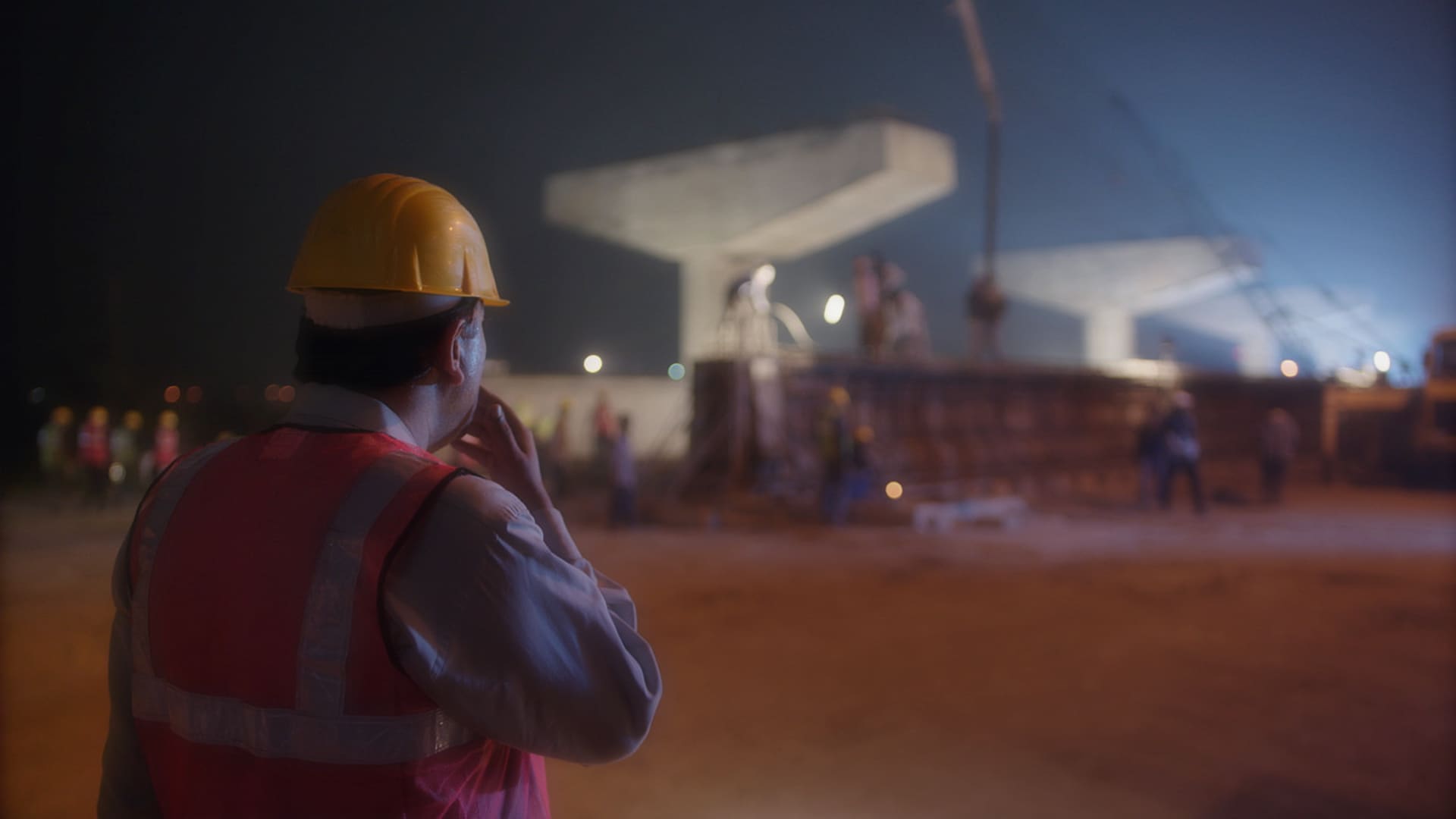 In contrast to Bubu, who is cooped up in his own shrinking cocoon, Ela isn't lonesome. Her husband Shishir (Satrajit Sarkar) lives in the adjacent room. Her beautician Pinky (Reetika Nondini Shimu) and her boyfriend Raja (Shayak Roy) come calling occasionally.

That apart, Ela's one-time lover Bhaskar (Arindam Ghosh), now a married man, showers her with attention and while another man, Pradipto (Anirban Chakrabarti), the brain behind a chit fund company that is into property development, plies her with gifts. Both desire Ela. The latter has her own reasons to play along.

The two enigmatic central figures are metaphors for a megacity that is forever on the move, for better or for worse. One clings to the past; the other believes that there is something brighter and better waiting for her up ahead. Ela and Bubu have blood ties but, like the former's relationship with her husband, they are a cause for friction rather than a cementing force.

Ela isn't the only mother in Once Upon A Time In Calcutta. Neither is she the only one hanging on to fading memories. She refers to her cabaret dancer-mother whose belongings, a red sequined dress, she has preserved with care. Bubu's mother, too, is seen in a dust-covered portrait that he wipes early in the film. In one scene, the young beautician asks her boyfriend if he remembers his mother. The latter, in turn, asks her the same question. Mothers, dead, bereaved or otherwise, form a thread that runs through the film.

In Once Upon A Time In Calcutta, people seek to cloak their remembrances, regrets and resentments in their pursuit of love, happiness and survival. Faceless and forgotten - nobody more so than the theatre owner left behind by time - these people sum up a metropolis that itself is forever in quest of sustained stability.

Not since the middle-class couple struggling to stay afloat in changing times in Satyajit Ray's Mahanagar, the defiant outliers of Mrinal Sen's numerous Calcutta films or the conflicted or tamed rebels of Buddhadeb Dasgupta's cinematic tracts (Dooratwa, Grihajuddha, et al) have urban drifters in a Bengali film felt so real and rung so true.

Once Upon A Time In Calcutta is a triumph. It meshes the intimate with the epic with glorious felicity.