On The Sets Of Panga With Kangana Ranaut And Richa Chadha

Panga director shared pictures on social media and wrote: "We are gearing up. And it is all heart." 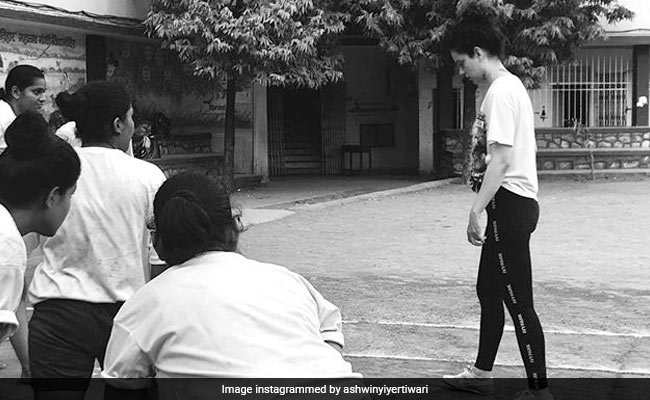 Kangana Ranaut on the sets of Panga. (Image courtesy: Instagram)

Kangana Ranaut and Richa Chadha are preparing for upcoming film Panga in full swing, as is evident by a post shared by director Ashwiy Iyer Tiwari on Instagram. The filmmaker shared two black-and-white pictures, one each of Kangana and Richa from the preparation and wrote: "We are gearing up. And it is all heart." Kangana and Richa play the roles of kabaddi players in Ashwiy Iyer Tiwari's film, which also stars Neena Gupta, Pankaj Tripathi and Jassi Gill. This film about kabaddi players also highlights the importance of family in the life of an individual.

We are gearing up. And it is all heart. #pangastories #panga #kabaddi #gameofIndia #24Jan2020

Last year, Ashwiny told news agency IANS that they've completed one schedule of the film and that before the next schedule Kangana and Richa will train exhaustively in the game of kabaddi. "It's really different environment and I am having a lot of fun shooting for the film. I am just looking forward to the release next year," she said. Ashwiy Iyer Tiwari has made critically-acclaimed films Nil Battey Sannata and Bareilly Ki Barfi.

Recently, Richa Chadha featured in headlines after Kangana's sister Rangoli Chandel slammed the Fukrey actress for a statement, in which she had criticised Kangana's 'outspokenness' on social media. Rangoli had tweeted: "Please understand Kangana slogged for 14 years to earn her freedom... And here are some jobless actors, movie mafia... giving her gyan that even though they can but they don't indulge in public fights. Darling the truth is if you could, you would... So please take a seat."

Meanwhile, Kangana Ranaut was last seen in Manikarnika: The Queen Of Jhansi and she'll be next seen in Mental Hai Kya, produced by Ekta Kapoor. She has signed up for the Jayalalithaa biopic and she will soon announce her next film as a director.