The singing legend was Kamal Haasan's voice in many tracks 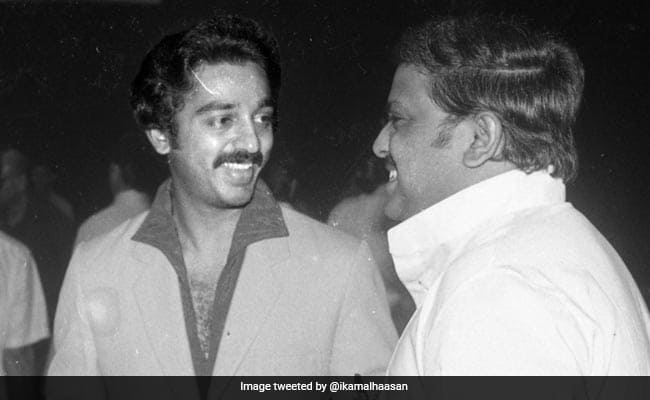 On singing legend S P Balasubrahmanyam's first death anniversary on Saturday, veteran actor Kamal Haasan shared a chunk of memories in the form of throwback pictures. On his Twitter profile, Kamal Haasan posted the throwback photographs with the late singer and he wrote a tweet in Tamil, which can be translated as "People do become what they preach. My brother Balu dedicated his entire life to music. That's why he has become a voice today. He has left the world, but his soul still revolves around us." S P Balasubrahmanyam died in a Chennai hospital at the age of 74, in September last year.

Kamal Haasan and S P Balasubrahmanyam go back a long way. They worked together in several films. SPB was Kamal Haasan's voice in many tracks, some of which were Sorgham Madhuvile, Vaartha, Ore Jeevan, Orey Naal Unainaan, Aadungal, Manmatha Leelai, and Engeyum Eppodham among many others. A Kamal Haasan film - Ek Duuje Ke Liye - was also SPB's Hindi debut and won him a National Award. SPB also dubbed for Kamal Haasan in Telugu films, including Dasavathaaram, in which he voiced all seven characters played by the actor.