On International Yoga Day, "Free Your Mind" Like Kareena Kapoor 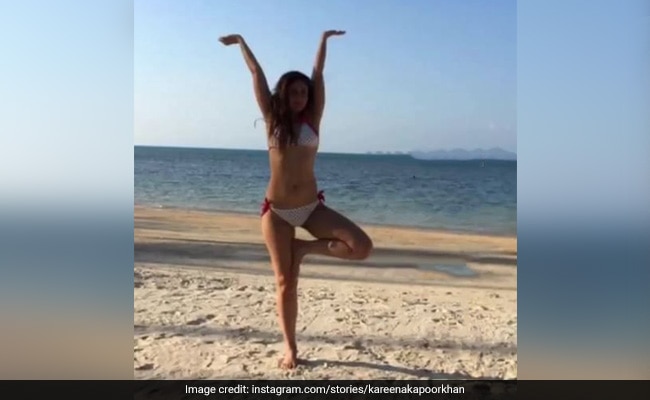 Kareena Kapoor marked International Yoga Day by posting a stunning picture from her fitness diaries on her Instagram stories and wished her fans with these words: "Happy International Yoga Day." The 40-year-old actress' message arrived loud and clear. She wrote: "Free your mind." On her Instagram story, Kareena posted a picture, in which she can be seen dressed in a bikini as she performs an asana with a stunning view in the backdrop. She didn't reveal when or where the picture was clicked but we simply love it. She added a couple of blue heart emojis to her post. 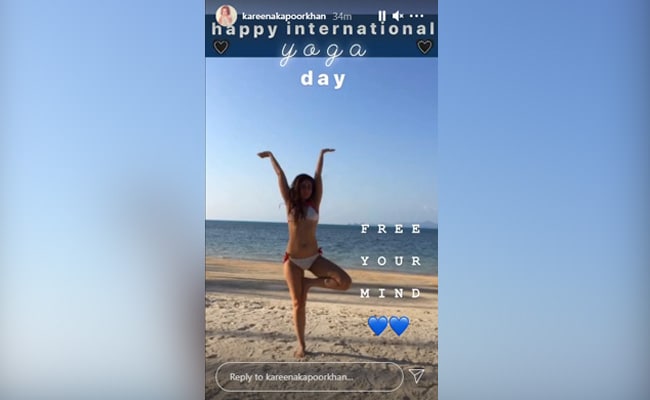 On her Instagram profile, Kareena shared a new post. She revealed that her "yoga journey" began in 2006, when she signed Tashan and Jab We Met. She added, "Now after two babies and four months postpartum... This time I was just exhausted and in too much pain to get back but today I'm slowly and steadily getting back at it. My yoga time is my me time... and of course, consistency is key... so, keep at it people. On that note, I'm going to #StretchLikeACat and hope you do too."

The actress, after the birth of her second child, a baby boy, began working out and shared posts from her fitness diaries. Before her pregnancy last year, several videos of the actress performing Suryanamaskars were shared by fitness instructors and they trended big time.

Kareena Kapoor and Saif Ali Khan welcomed a son on February 21. "We have been blessed with a baby boy. Mom and baby are safe and healthy. Thank you to our well-wishers for their love and support," Saif said in a statement. Kareena and Saif Ali Khan married in 2012 after dating for some years. They announced their second pregnancy last August.