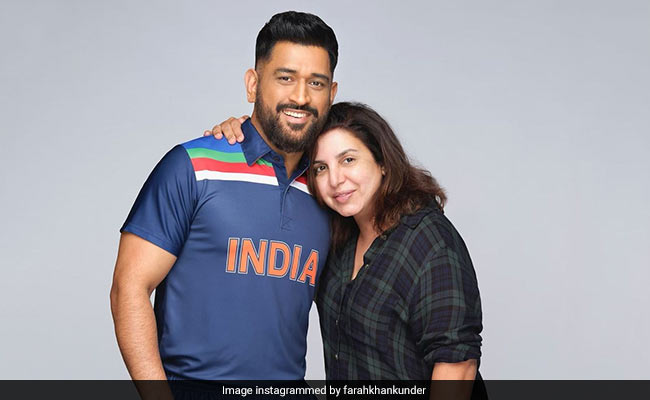 Filmmaker Farah Khan spent a day shooting for an advertisement with cricket legend MS Dhoni and she is "a fan now." How we know this? Courtesy, Farah Khan's latest Instagram post. The 56-year-old film director shared a picture of herself and MS Dhoni on Instagram. In the caption, she revealed that the picture has been clicked by celebrity photographer Dabboo Ratnani. Sharing that she "directed an ad" with MS Dhoni today, Farah Khan heaped praises on him. "Directed MS Dhoni for an ad today. What an amazing guy.. so punctual, so down to earth, took pics with everyone frm clients to spotboys with a smile..im a fan now," she wrote in the caption of the post.

Coming back to Ranveer Singh and MS Dhoni, the duo met during a local football match yesterday. Ranveer dropped a picture featuring himself and MS Dhoni on his Instagram story. "Bade bhai ke charnon mein hamesha," he wrote along with the picture. "My jaan," he added. 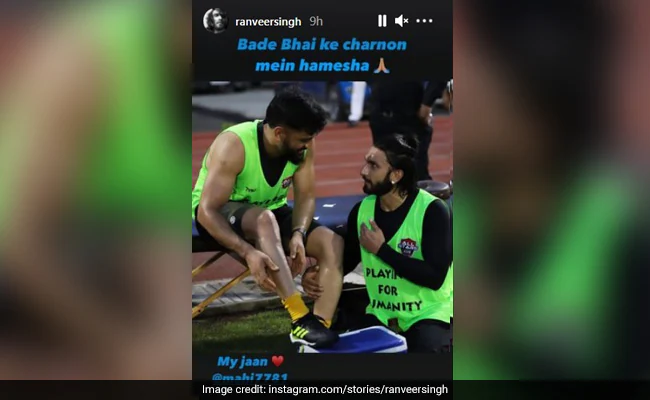 Talking about Farah Khan, the filmmaker has been busy with several shoots these days. As mentioned above, she directed an advertisement shoot featuring MS Dhoni today. She collaborated with actor Sonu Sood for a music video recently.