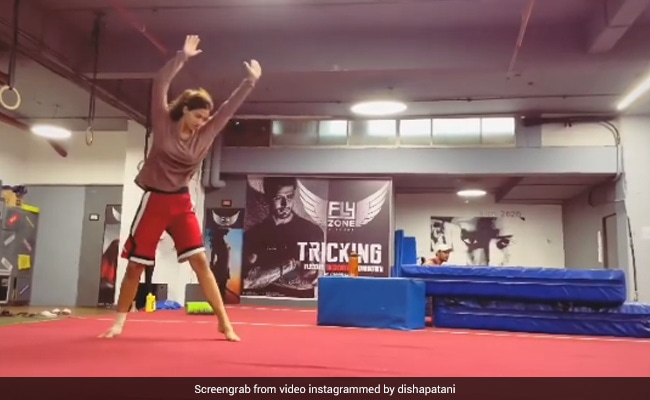 Disha Patani, who has quite a bit of a reputation as a fitness enthusiast, shared another video from one of her workout sessions on Wednesday. In the video, the actress can be seen doing back flips, somersaults and swinging on a gymnastic ring. Her fans flooded the comments section of her post with comments like "inspirational." Another comment that popped up was from Disha's rumoured boyfriend and actor Tiger Shroff, who wrote: "Woah! Wish I could do that." Sussanne Khan also commented on the post. She wrote: "Both of you are incredible. Full power to shine on limitless!"

This is what Tiger Shroff commented: 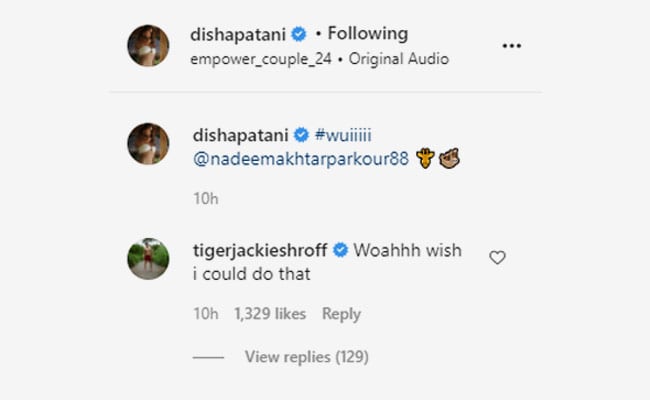 Disha Patani and Tiger Shroff have worked together multiple times. The duo first shared screen space in a music video titled Befikra. They later co-starred in the 2018 film Baaghi 2. Last year, Disha featured with Tiger Shroff in the Baaghi 3 song Do You Love Me.

Disha Patani's last project was Mohit Suri's Malang, co-starring Anil Kapoor, Aditya Roy Kapur and Kunal Kemmu. She will next be seen in Prabhu Deva's Radhe: Your Most Wanted Bhai, which will be her second project with Salman Khan after Bharat. The film will also star Jackie Shroff and Randeep Hooda. The film is slated to release on Eid.