Nothing New Here, Just A Viral Pic Of Suhana Khan Being Her Stunning Self 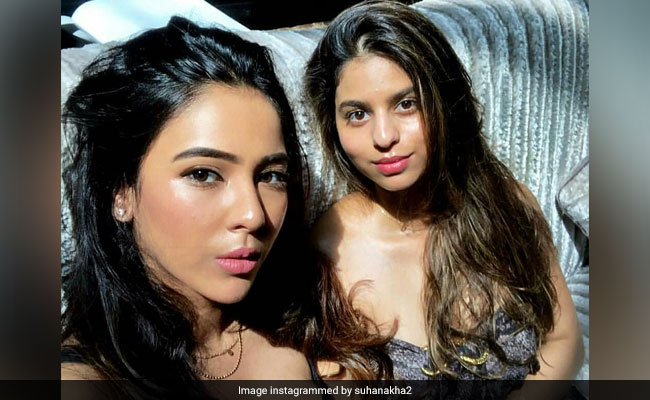 Suhana Khan hasn't stepped into Bollywood yet but it wouldn't be wrong to say that she is already a bona fide star. Suhana, who is the daughter of Shah Rukh Khan and film producer Gauri Khan, frequently occupies a spot on the list of trends and her latest post is not an exception. On Sunday evening, Suhana posted a stunning selfie of herself along with her friend and the picture went crazy viral in no time. The picture was later curated by several fan clubs dedicated to Suhana (believe us, there are many). In the photograph, Suhana can be dressed in a printed off-shoulder dress and she looks simply gorgeous. She can be seen sporting minimal make-up in the photograph.

Take a look at the picture, you can thank us later:

Suhana Khan, just like her father, aspires to be an actor. She is SRK and Gauri's middle child and she currently studies in London. Her elder brother Aryan, 21, studies in California, while younger brother AbRam, 5, stays in Mumbai with his parents.

Whenever Suhana Khan is in Mumbai, she catches up with her best friends - Ananya Panday, who is all to make her Bollywood debut with the Punit Malhotra-directed film Student Of The Year 2, and Shanaya Kapoor, who is the daughter of Sanjay and Maheep Kapoor.