New Year 2021: Anushka and Virat rang in the New Year with a couple of close friends including cricketer Hardik Pandya and Natasha Stankovic 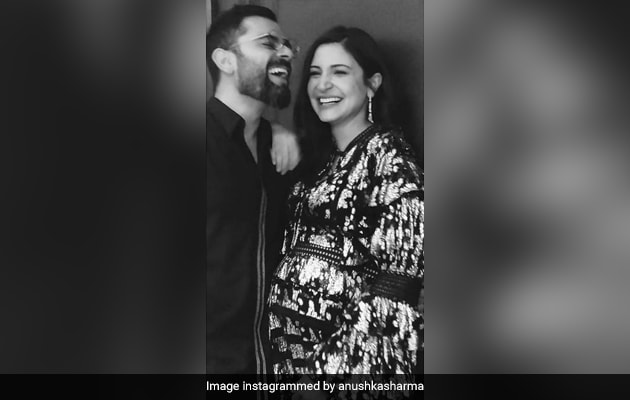 Anushka Sharma made our New Year quite special by sharing some beautiful pictures of herself and her husband, cricketer Virat Kohli, on social media. Anushka and Virat rang in the New Year with a couple of close friends including cricketer Hardik Pandya, Natasha Stankovic and pictures from their get-together are trending incessantly on social media. On Friday evening, Anushka shared some more pictures from their celebrations and she looks super cute in them. The actress was all smiles while posing with Virat Kohli - both of them twinning in black outfits. We just can't get enough of the last photo from Anushka's album that features the couple, who are expecting their first child soon, laughing with all their heart.

Sharing the photos, Anushka Sharma wrote: "Wishing you all bountiful of love, happiness and prosperity this new year. From us to you."

Earlier on Friday, Virat Kohli posted two photos from their New Year's party and wrote: "Friends who test negative together spend positive time together! Nothing like a get together at home with friends in a safe environment. May this year bring a lot of hope, joy, happiness and good health. Stay safe! #HappyNewYear2021."

Anushka Sharma and Virat Kohli announced their pregnancy in August last year. "And then we were three! Arriving January 2021," read the caption on their respective posts.