New Parents Neha Dhupia And Angad Bedi Seal It With A Kiss. Make That 'Steal'

"That's how you steal a kiss," Angad Bedi said in the video 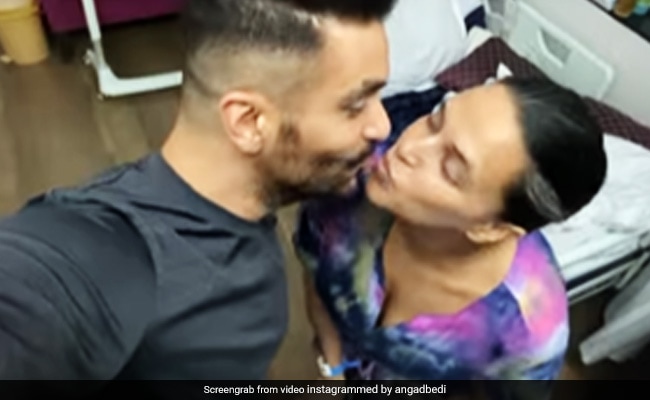 Neha Dhupia and Angad Bedi, who welcomed a baby boy over the weekend, are busy finding ways to keep the romance alive. The actor, on Tuesday afternoon, shared a video on his Instagram profile, in which he can be seen kissing wife Neha Dhupia. "That's how you steal a kiss," Angad Bedi says in the video. Angad Bedi captioned the post: "Jab kabhi mile ek second." In his post, he also described Neha Dhupia as a "warrior" and added, "You are a warrior! Proud of you for everything you do." He added the hashtag #reels.

Angad Bedi announced the arrival of their baby boy by sharing a super cute picture with Neha Dhupia from her pregnancy days and wrote:"Bedis' boy is here! The almighty today blessed us with a baby boy. Both Neha and the baby are well. Mehr is ready to pass on the "baby" title to the new arrival. Waheguru mehr kare. Neha Dhupia, thank you for being such a warrior through this journey. Lets make it a memorable one for all 4 of us now."