Naga Chaitanya On Rumours About Split With Samantha Ruth Prabhu: "It Was A Little Painful"

"I was like 'why is entertainment heading this way?' But after that, what I've learned is that in today's age, news replaces news," Naga Chaitanya said in an interview 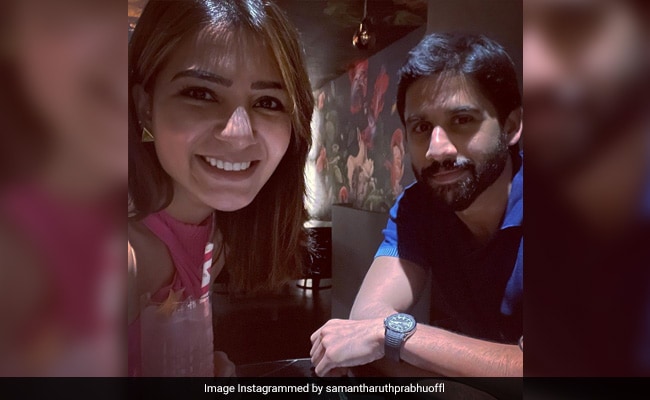 Naga Chaitanya with Samantha in an Instagram pic (courtesy samantharuthprabhuoffl)

Naga Chaitanya and Samantha Ruth Prabhu, who once featured in headlines for setting major couple goals, often finds a spot on the trends' list for speculation over their relationship status - as per reports, Naga Chaitanya and Samantha are headed for a split. In a recent interview with Baradwaj Rangan for Film Companion South, Naga Chaitanya was asked about how he deals with the fact that his personal life was being referenced in reports of late and that if it was "painful" on a personal level. "Initially, yes, it was a little painful. I was like 'why is entertainment heading this way?' But after that, what I've learned is that in today's age, news replaces news."

Opening up about how he looks at the whole scenario and that one observation which has helped him move on, Naga Chaitanya added: "It doesn't stay in people's minds for too long. The actual news, the news that matters, will stay. But the superficial news, the news that is used to create TRPs, is forgotten. Once I made this observation, it stopped affecting me."

About not responding to rumours, Naga Chaitanya said he likes to keep his personal and professional life completely separate: "I think from a very early time in my career, I sort of kept my personal life personal and my professional life professional. I never mixed the both. I've always had this habit that I learned from my parents as I was growing up, I always noticed once they came home, they never spoke about work. And when they went to work, their personal life was never diluting into work. It was a very nice balance that they maintained, which I always observed."

Rumours about a speculated rift were fanned in July, when Samantha Ruth Prabhu changed her name on her social media accounts, which no longer read her full name - it was changed from Samantha Akkineni to simply the first letter in her name "S." This put her on the list of trends, followed by speculation about her relationship status with Naga Chaitanya.

Earlier, in an interview with Film Companion, Samantha said she does not feel the need for clarification about a personal decision. "The thing is, even with trolling for The Family Man or this, I don't react to them. That is how I have always been. I don't react to this kind of noise and I don't intend on doing so as well." After starring in The Family Man 2, Samantha was trolled for playing the role of Sri Lankan Tamil liberation rebel.

WINNER!!
All the very best to the team @Sai_Pallavi92 🤗.. #LoveStoryTrailerhttps://t.co/nt9rzTc3lY

Samantha Ruth Prabhu and Naga Chaitanya got married in 2017 after dating for years. In terms of work, Samantha will next be seen in Kaathuvaakula Rendu Kaadhal and Shaakuntalam. Naga Chaitanya's Love Story releases on Friday.