Anand Ahuja's post on Instagram made Sonam reply with a "Love you" note and a string of red hearts. 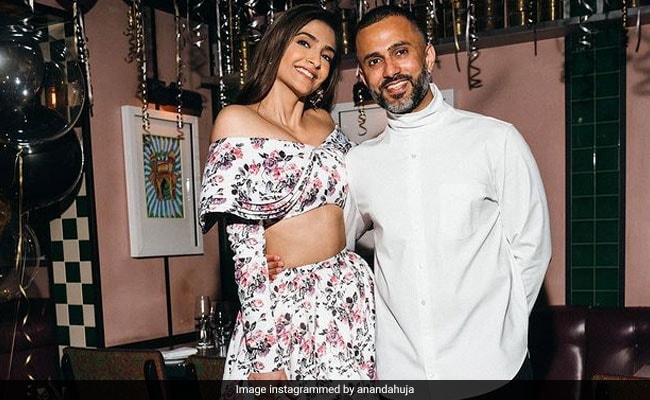 Sonam and Anand in a loved-up photo (courtesy anandahuja)

Businessman Anand Ahuja had a fantastic birthday bash as his wife, actress Sonam Kapoor pepped up the celebrations on social media. The Bollywood actress splashed her Instagram page with photos and videos of the two. Today, he right away shared photos of Sonam on Instagram from her birthday party last month. In the caption to the photos, he wrote, "My world" and added a red heart. We don't need more words for feelings that are beyond human language. In one of the photos, we see them both standing with each other, enamoured in each other's presence. In the other, it's just Sonam standing over a cake with her sparkling smile. The actress commented on his post, "Love you" with a string of red hearts.

Anand Ahuja added a fun element to the post by the way he confessed, "Copied your idea of your birthday pics on my birthday, Sonam Kapoor."

The couple is having a gala time on Instagram, for sure. Anand's appreciation posts on his birthday also include his parents. Yesterday, Anand shared photos from his childhood and recent days where he is seen with his mom and dad. Sonam features in some of the pictures. We are caught at the last photo in the slide where we see an adorable snap of them on his phone's lock screen.

The doting husband also shared on Stories some videos from last night where Sonam is seen grooving to a tune in her party dress. Sonam reposted it on her Instagram Stories. 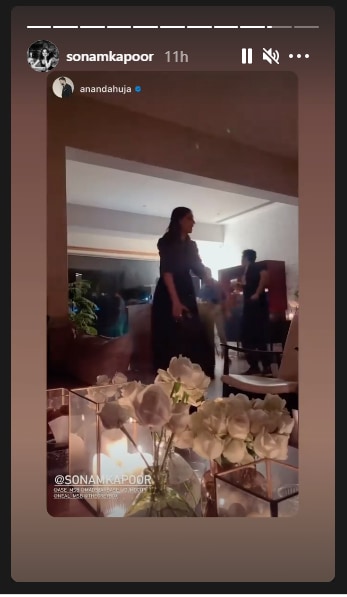 Anand can never stop gushing over Sonam and we don't remember a time when the two weren't happy in each other's arms. On Sonam's birthday last month, he shared a lovely photo on his Instagram page where the two are seen hugging each other. He poured out his heart in the caption, "You can literally feel the thoughts, pains, and discomforts of others. You are genuinely and effortlessly selfless - empathy personified - and it is a daily occurrence … Happy birthday." In the hashtag, he called her "everyday phenomenal."

In May, Anand compensated for not having posted any photos of them on their anniversary. Not only did he share some of their loveliest moments on Instagram, but he also meekly admitted being late in posting on Instagram. How cuter can it get between these two?

Let us know what you think about this power couple.