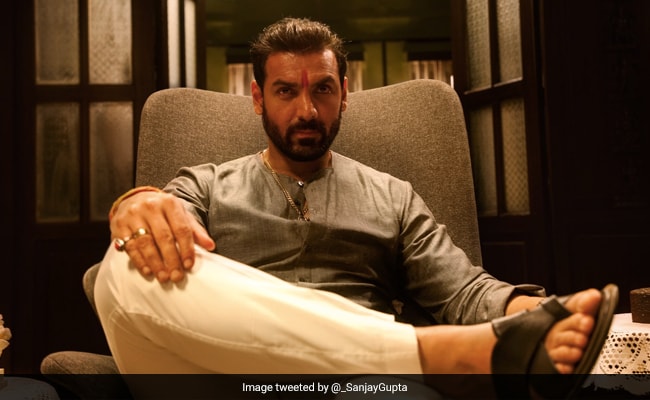 JOHN ABRAHAM - EMRAAN HASHMI: #MUMBAISAGA RELEASE DATE + TEASER TOMORROW... #MumbaiSaga - which teams #JohnAbraham and #EmraanHashmi for the first time - to release in *cinemas* on 19 March 2021... The gangster drama is set in 1980s and 1990s... Directed by Sanjay Gupta. pic.twitter.com/KUWMYWfcLc

Mumbai Saga director Sanjay Gupta described the project as his "most ambitious film."Mumbai Saga, which also stars Jackie Shroff, Suniel Shetty, Prateik Babbar, Gulshan Grover, Rohit Roy, and Amole Gupte in pivotal roles, is set in the Eighties and the Nineties. In June 2019, Sanjay Gupta shared a picture of the film's cast on social media and he wrote: "The legend of Bombay, the saga of Mumbai. Presenting the gangsters of Mumbai Saga."

The film was earlier scheduled for a June 2020 release but the production work was put on halt due to the coronavirus outbreak and nation-wide lockdown, last year.Mumbai Saga has been produced by Bhushan and Krishan Kumar under their banner T-Series.

John Abraham is known for his performances in films like Dhoom, Water, Taxi No 9211, Dostana, New York, Housefull 2, Shootout at Wadala, Madras Cafe, Parmanu, Satyameva Jayate and Batla House among many others.

The actor will next be seen in Satyameva Jayate 2. The film, directed by Milap Zaveri, w is slated to release on Eid this year and it will clash with Salman Khan's Radhe. The actor will also star in Attack and Ek Villain Returns.