"Ayan Mukherji (director) had seen something from Naagin and felt I could play the villain," said Mouni Roy 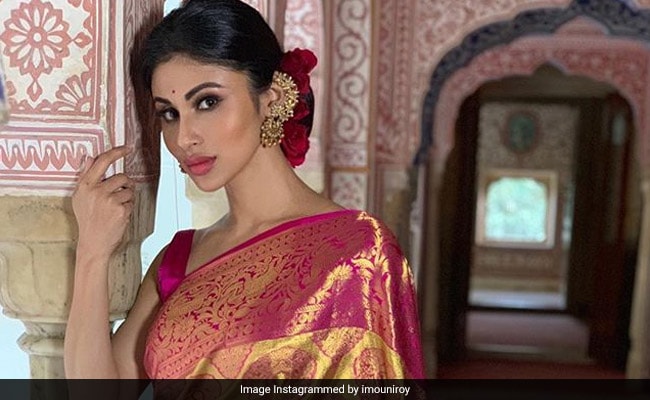 Mouni Roy says her casting as the main antagonist in Ranbir Kapoor-Alia Bhatt-starrer Brahmastra came as a surprise for her.

The 33-year-old actor, who made her Bollywood debut with Akshay Kumar's Gold, says she wants to make versatile choices. "I am playing the main villain in the film. I am really looking forward to it. What is more liberating for me is playing different characters that challenge me. I was surprised initially that they wanted me to play the villain.

"Ayan Mukherji (director) had seen something from Naagin and felt I could play the villain. So you never know what clicks with whom. As an actor you should be willing to experiment and be versatile otherwise you can't learn and grow," Mouni told PTI. Brahmastra also featuring megastar Amitabh Bachchan, will serve as the first film in the trilogy. Mouni says working with the team has been an enriching experience.

Too soon to be missing you ?? Because I like to talk to him; he who knows a lot about a lot ! Precious ????

"My life is fulfilled after working with Mr Bachchan. Ranbir and Alia are sweethearts, they are too good. They all are such big stars that you get scared walking on the sets."

"They all have been so generous, welcoming and made me feel comfortable. With great success and talent they also have that humility and are accepting people from outside," she adds. Brahmastra, produced by Karan Johar's Dharma Production, will release on December 20.

Mouni will be seen next in RAW: Romeo Akbar Walter opposite John Abraham. The film releases on April 5.

The actor said she had a great time working with John and is happy with the way her role has shaped up in the film.

"RAW was offered to me after Gold and Bramashtra. This was last year. I am playing John's love interest; it is integral to the story. She is a banker. It was superb working with John. Both Akshay Kumar (her 'Gold' co-star) and John Abraham have lot of similarities like they are so so focused and disciplined."

Her upcoming films also include Made In China with Rajkummar Rao, in which she plays the role of a Gujarati housewife and Bole Chudiyan with Nawazuddin Siddiqui. "This girl in (Bole Chudiyan) is very fiery, drives tractors and dances. It is a full on Hindi film heroine. I am excited about it. I was waiting for something like this," Mouni says.

(Except for the headline, this story has not been edited by NDTV staff and is published from a syndicated feed.)
Comments
mouni roy brahmastranaagin